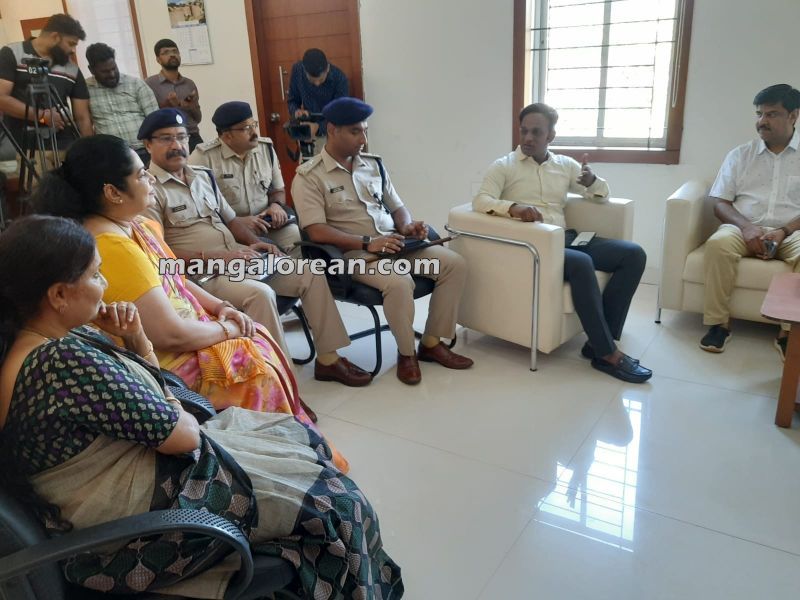 Mangaluru: Recalling the story – Three female PU students from a Vikas PU college, Mary Hill in Mangaluru staying in the college hostel reportedly escaped from their hostel early on Wednesday, prompting police to scan CCTV footage and alert others districts on missing students. According to the police, two of the missing girls are from Bangalore and the third from Chitradurga. Police investigating the case suspect it was a well-planned move on the girls’ part as they had cut the window rails – possibly with a hacksaw – to make their escape from the ‘hostel.

The girls names are – Miss Dakshatha and Miss Yashaswini from Bengaluru and Miss Sinchana P Sukumar from Chitradurga. The hostel is well guarded with CCTV cameras installed. Footage shows the girls jumping the boundary wall carrying bags and confidently walking away from campus in the wee hours of 3 a.m. An officer said they may have traveled to AP or TN. The police who found the girls in Chennai flew them back to Mangaluru on the Chennai-Mangaluru flight.

During a media briefing on Saturday September 24, Mangaluru Police Commissioner N Shashi Kumar said: “Good news for parents and college authorities that the three PUC girls from Vikas PU College at Mary Hill, Mangaluru, two from Bengaluru and one from Chitradurga, who had escaped from college hostel on Wednesday September 21st were found in Chennai, with the help of Chennai Police, we flew them back to Mangaluru, and they are all safe and no longer afraid”.

“In CCTV footage from the college campus/hostel, the three girls were seen leaving campus with luggage in their hands. The three had traveled to Chennai from Mangalore Central Station as they were disappointed with the low exam scores and feared they would be yelled at by their parents for not doing well in the exams. Therefore, they planned to leave the hostel and travel to Chennai to meet a relative there. However, they had no mobile phones and they never stayed anywhere, instead they continued to travel by bus or other modes of transport to pass the time,” the police commissioner added. .

He added: “They were using the money given by their parents for their expenses, and when they decided it was better to go home, they hired a rickshaw and drove to a nearby police station. of Chennai and explained their situation. Chennai Police contacted us and arrangements were made to bring them back to Mangaluru. It was indeed a happy ending as all three girls are safe.”

“With such examples occurring these days, teachers and parents need to keep an eye out for students, especially those in Xth or PUC, and children who may be depressed due to their academic performance. It is sad to note that there is an educational institution, where students staying in the hostel are not allowed to meet their parents for more than three months. These institutions should allow parents to meet their wards at least once a month so that their children are free from fear and get better and positive results,” added Commissioner of Police N Shashi Kumar.

DCP Anshu Kumar, Dinesh Kumar and ACP were present at the press conference. Mahadeshwara, the father of one of the Bengaluru girls, and Mrs. Mohana, the principal of Vikas PU College, also briefed the media. (Hear them in the video below)

the project period ends without progress