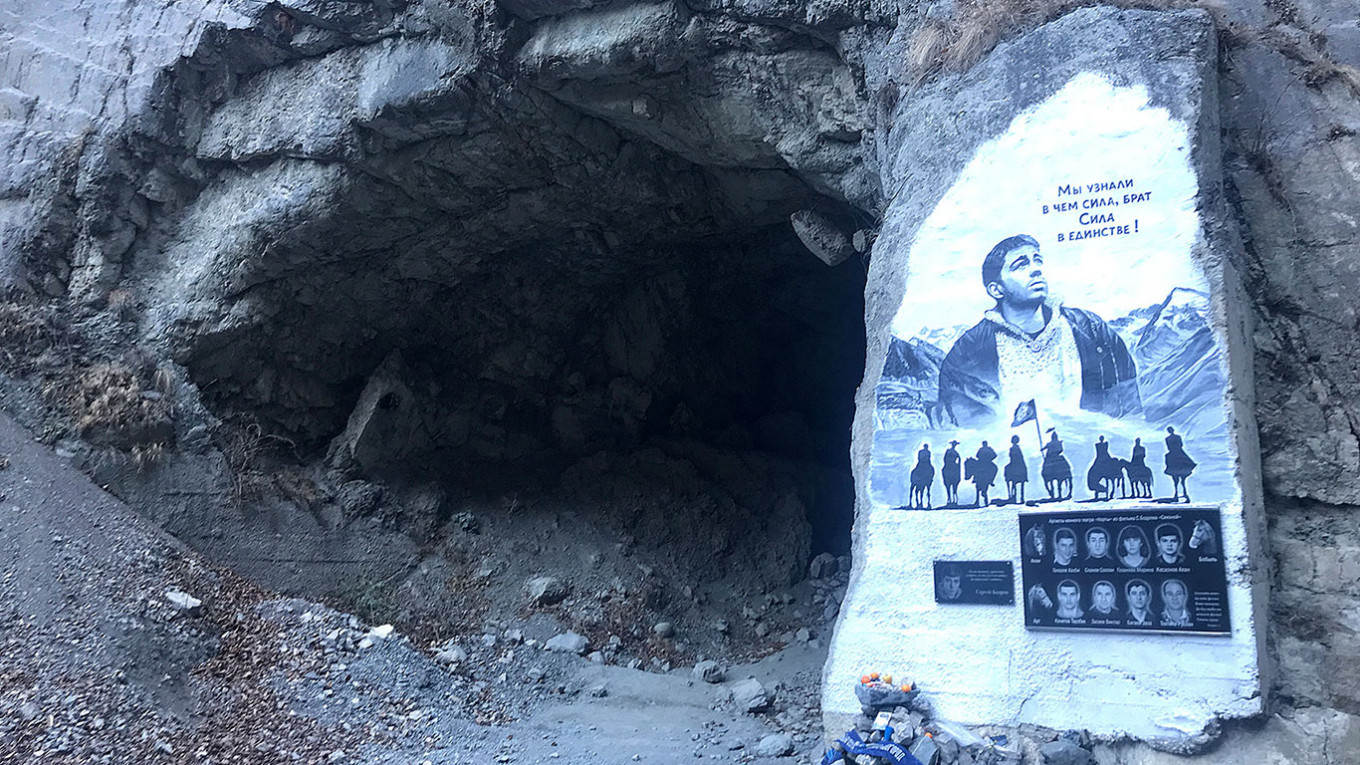 As Caucasus glaciers melt, locals face the future with stoicism

KARMADON, North Ossetia — In the Karmadon Valley, humans have always lived by the rules of glaciers.

For hundreds of years, the inhabitants of this bleak and slender valley a few miles from the Georgian border have built their homes in areas that line the cliffs, fearing the unique glacial waves that have devastated the valley floor.

The Soviet authorities, thinking they knew better, built a village below. His remains are there today as a testament to their pride, after a glacial collapse in 2002 caused millions of tons of mud, ice and rock to collapse on Karmadon, killing 140 people.

On a snowless December day two decades later, the Maili Glacier, which sits about 800 meters above the ghost town, is speckled black with exposed rock, eaten away by weeks of unnatural winter heat. For locals, the disappearance of the valley’s glaciers shows how climate change is already rewriting the rules of life in this remote corner of Russia.

“We don’t have winters here anymore,” said Sergei Nureddinov, owner of a guesthouse in the hilltop village of Verkhniy Kani, gesturing at the glacier from his front yard.

“The climate catastrophe is here.”

“How can we survive when the earth is gone?” In Dagestan, a proud people fight the desert

Everyone in Karmadon Valley remembers where they were on the evening of September 20, 2002.

Although the Kolka Glacier – one of three that span the peaks above Karmadon – has always experienced violent surges every seventy years or so, no one expected the catastrophic avalanche of rock, ice and mud that swept 12 kilometers through the valley in minutes.

Among the dead was actor Sergei Bodrov Junior, star of the famous 1997 Russian gangster film ‘Brother’, who was directing a shoot nearby when the glacier gave way.

Today, monuments to Bodrov – whose body was never found – dot the valley of Karmadon, a poor neighborhood where glacier-swept roads have never been resurfaced and tunnels remain clogged with rubble. two decades old.

In the devastated village of Karmadon, built to service a Soviet-era VIP sanatorium that has stood empty since the collapse, the few residents who have remained are crammed into a single block of Soviet-era housing, itself now half empty, standing alone on the mountainside.

“Most people didn’t want to come back after what happened,” said guest house owner Nureddinov, who lost seven relatives in the disaster.

Although the 2002 landslide is not generally thought to have been caused by climate change, it coincided with a new era of uncertainty in this part of the Caucasus.

Shortly before the turn of the millennium, Gennady Nosenko, a Moscow-based glaciologist at the Russian Academy of Sciences, began noticing unusual changes in the glaciers of the North Caucasus.

Although glaciers around the world have retreated since the end of the Little Ice Age in the 19th century, Nosenko initially surmised that data from Soviet-era glacier monitoring stations in the Caucasus Mountains that showed that retreat was accelerating at an unprecedented speed were somehow misguided.

“After 1998, we checked every year, expecting to see that he had backtracked,” Nosenko told the Moscow Times.

Instead, the glaciers covering the central part of the range entered a sustained and precipitous retreat that continues to the present day.

According to a 2021 paper co-authored by Nosenko, glaciers in the Caucasus have lost around 25% of their area since the millennium, with around 1% of the region’s total glacier area melting each year.

This is just part of the global acceleration in glacier melt due to climate change, which has seen glaciers recede double in speed over twenty years, with glaciers in the mid-latitudes of Europe, the Middle East and the Caucasus being among the hardest hit.

Throughout the Caucasus, the retreat of glaciers is all too evident.

100 km from Karmadon, in one of North Ossetia’s most popular tourist spots, Tsey Glacier, a lumpy, snow-dusted layer of turquoise ice, basks between a trio of peaks. Formerly a frozen sheet of water, a vast depression with smooth walls testifies to the space ceded by the glacier.

Like most of its Caucasian cousins, the Tsey Glacier is doomed.

Located only around two thousand five hundred meters above sea level, even the most optimistic projections of climate change and melting glaciers suggest that it won’t last much longer. The gloomiest scenarios suggest the complete disappearance of the Caucasus glaciers by 2050.

“How long glaciers will survive is the million dollar question,” said Maria Shahgedanova, a climatologist at the University of Reading in the UK.

“They could disappear completely, or they could only survive four and a half years or five thousand meters. But at lower altitudes they will go.

For a decade and a half now, Artyom Nalbandiants has been watching the Tsey Glacier disappear in real time.

First as a border guard patrolling the Russia-Georgia border, then as a tour guide escorting trekkers through the region, Nalbandiants, 31, had a ringside seat to the final act of the Tsey Glacier saga.

“Every summer, the glacier retreats 8 to 10 meters,” he said, tracing the retreat with his hands.

Nalbandiants is one of many North Ossetians enjoying the pandemic-era tourism boom in the otherwise impoverished region, bringing tourists on buses to take selfies against the backdrop of the glacier’s agony.

“It’s sad, of course, that he won’t be here in the future,” he shrugged. “But most people don’t seem to care too much.”

But for mountain dwellers, the disappearance of glaciers portends more than a transformed landscape.

Climate change-induced melting of glaciers will, in the short term, increase meltwater in the mountains to what is known as “peak water” as the ice melts, scientists say. faster and faster, before shrinking to nothing once the glaciers have completely disappeared.

It’s a process that, in the long term, will have ramifications far beyond the remote valleys of North Ossetia.

The Caucasus glaciers – themselves gigantic frozen reservoirs whose meltwater keeps the land watered during the rainless summer months – are a major source of water for the steppe of southern Russia, where climate change is already accelerating desertification.

But for climatologist Shahgedanova, the ‘peak water’ also means that mountain communities can expect more disasters in the years to come, as lakes formed by retreating glaciers burst and rock faces newly exposed collapse in avalanches.

“We are currently in the rising phase of peak water,” Shahgedanova said. “This will lead to more glacier-related disasters.”

Already, the absence of glaciers is being felt, as melting ice leaves in its wake a new and unfamiliar environment, fraught with new dangers.

In 2000, the mining town of Tyrnauz, in the neighboring Republic of Kabardino-Balkaria, was devastated by mudslides that killed dozens of people, as lakes formed by melting glaciers burst. In 2017, a similar disaster near the Mount Elbrus tourist center killed three.

Even so, most locals insist they don’t fear the consequences of a changing climate on their native mountain, though they can’t deny the transformation unfolding before them.

Climate change has never been a major issue in Russia, where the majority is more concerned with burning issues of corruption and poverty. In depressed regions like North Ossetia, climate is even more on the agenda, despite the immediate threat posed to life beneath the glaciers.

When asked if the changing landscape would ever force him to leave his mountain home, Karmadon guesthouse owner Nureddinov quoted an old Russian proverb.

“If you’re afraid of wolves, don’t go into the forest,” he said, shrugging his shoulders.