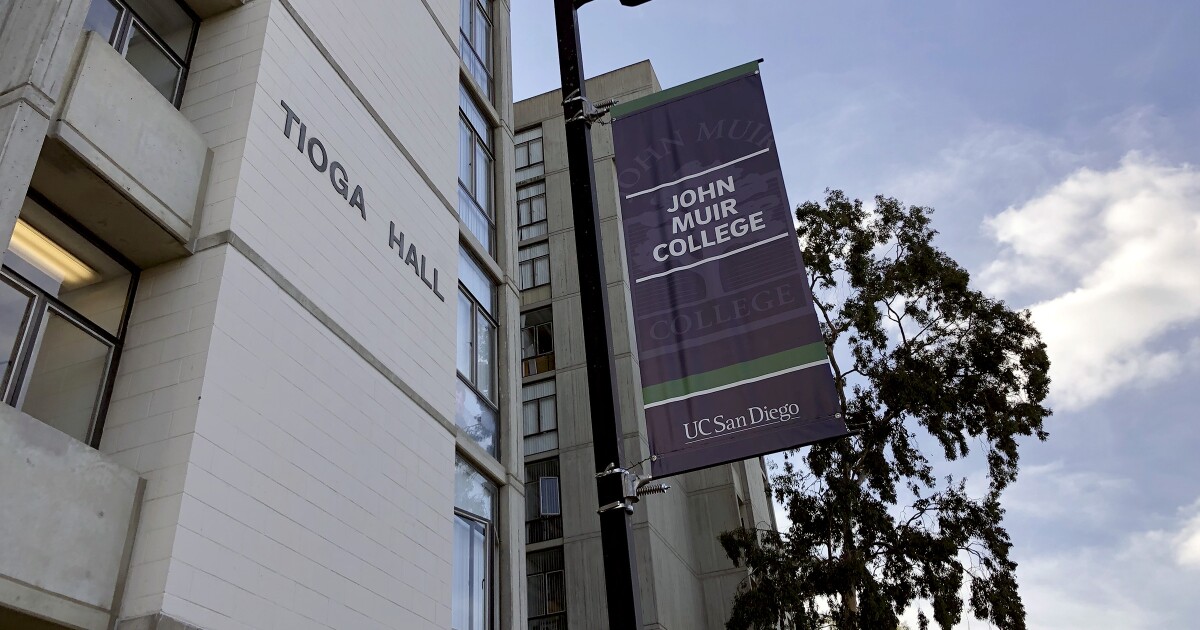 A UC San Diego freshman who died falling out of a campus dorm window in October had a blood alcohol level of 0.27%, more than three times the legal limit for driving a motor vehicle in California.

An autopsy from the San Diego County Medical Examiner’s Office also indicates that 18-year-old Aaron Fan tested “presumptive positive” for cannabinoids, substances found in the cannabis plant. But it has not been determined whether he had used marijuana in the hours or days before his death.

Fan’s death was ruled an accident.

Campus authorities said Fan fell from an eighth-floor bathroom window at Tioga Hall on Oct. 22 at 11:44 p.m. as the university celebrated a homecoming. Fan was taken to Scripps Memorial Hospital in La Jolla, where he was pronounced dead early the next day.

The crash happened after a campus police officer entered the dorm Fan was in to investigate a noise complaint. The officer saw Fan enter the bathroom, according to an earlier coroner’s report. Shortly after, witnesses saw Fan fall from the bathroom window to the floor below.

Fan enrolled at UC San Diego after graduating from Westview High School in the Torrey Highlands area of ​​San Diego.