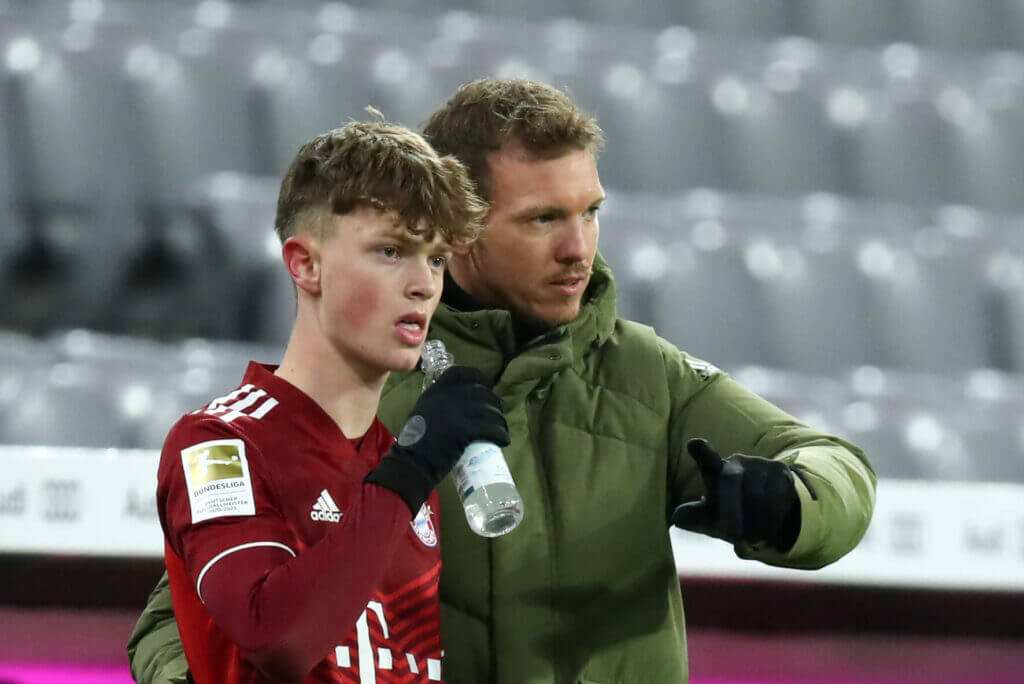 Paul Wanner wrote his name in the record books last week when he became Bayern Munich’s youngest player in the Bundesliga, aged 16 years and 15 days.

The lad who broke Jamal Musiala’s record then came off the bench for another late appearance in Saturday’s 4-0 win at Cologne.

Wanner, who manager Julian Nagelsmann calls “incredible talent”, has the qualities German football wants to see more of. He is a player who looks to move the game forward with his first touch, likes individual situations and often looks to play a defensive pass.

Born two days before Christmas in 2005, Wanner grew up in the beautiful Allgau region of southern Germany to an Austrian mother and a father who played professional football in Austria.

Bayern Under-17 coach Alexander Moj has known Wanner since he was nine – and has been coaching him for three years.

“He has a very calm family who are down to earth and never pressure him to be professional or play for Bayern Munich. It was always Paul’s decision,” Moj told The Athletic.

“He wasn’t always in the academy boarding house, which allowed him to connect with family and friends. It wasn’t just football all the time, and I think that helped him. helped tremendously.

For Moj, it’s Wanner’s love of a challenge that separates him from the rest.

“He’s brutally ambitious,” Moj told The Athletic. “The harder the challenge, the higher his performance – he’s really someone who grows through a challenge. He needs that.

Moj thinks his confidence has increased in recent years as he has come to realize his undoubted ability.

A multi-purpose building will rise in the ancient capital