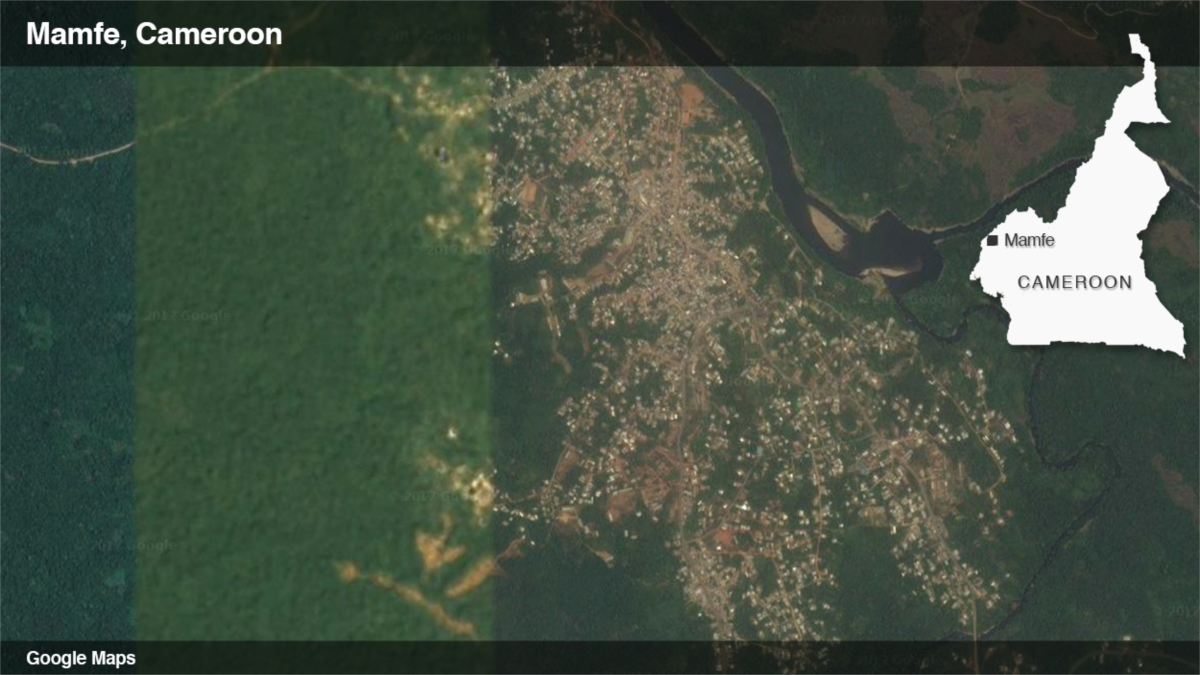 The Roman Catholic Church in Cameroon said gunmen set fire to a dormitory at a renowned girls’ school in Mamfe, an English-speaking town in the southwest, on Friday. English-speaking separatists claimed responsibility, saying they punished the school for preparing to participate in National Youth Day activities organized by the central government in Yaoundé on February 11. Parents withdraw their children from school.

These are the voices of armed men ordering students to open the doors of their school dormitories. In the video, widely shared on social media platforms like Facebook and WhatsApp, students call for help as gunmen set fire to beds, dressers and dorm furniture.

The Catholic Church of Mamfe reports that in the early hours of Friday, February 11, armed men stormed the establishment, burning down the dormitories and the school’s administrative block. The church says none of the 142 girls at the school died, but many suffered minor injuries.

Enow Valery is a human rights lawyer who has a child in school. He says the attack on Queen of the Rosary College prompted many parents to insist on pulling their children out of school. He spoke via a messaging app from Kumba, a trading town near Mamfe.

The school has temporarily moved the remaining students to surrounding buildings and is pleading with parents to allow their children to continue their education at the facility. School officials have also called on the government to ensure the safety of the school and its students

The Cameroonian government assures parents of the safety of their children. The army says it has deployed troops to arrest the separatists who the army says burned down the school.

Capo Daniel is the Chief of Defense Staff of the Ambazonia Defense Forces, believed to be Cameroon’s largest separatist group. Capo says video footage of the attack shared on social media platforms like WhatsApp and Facebook appears to show people identifying themselves as fighters burning down the school.

“Despite the fact that the school has been accused of preparing its students to participate in the celebration of February 11 in Cameroon, there is no justification for the burning of private establishments like this. [Queen of the Rosary College Okoyons]“, Capo said. “Our prohibition remains against Cameroonian government institutions and not religious or missionary schools.”

Cameroon commemorates Youth Week every year which ends with its National Youth Day on February 11.

Cameroonian government officials said that this year activities focused for the first time on the country’s Anglophone separatist conflict. The government said that teaching English and French would bridge the gap between English speakers and the French-speaking majority.

Cameroon is in the throes of two violent conflicts which directly affect education. The Boko Haram insurgency on its northern border with Nigeria has killed more than 30,000 people, burned down several hundred schools and displaced 2 million people over the past 10 years according to the United Nations.

The UN says the separatist crisis has forced more than 500,000 people including several hundred schoolchildren to flee their homes since the crisis escalated into armed conflict in late 2017. More than 3,500 people have been killed according to the UN

A Human Rights Watch report from December 2021 says Cameroonian separatists have been attacking schools, training children as fighters, and depriving at least 700,000 children of education since 2017.

Human Rights Watch also says government troops have staged abusive counterinsurgency that has affected education. Thousands of children have fled English-speaking regions to French-speaking towns that are safer for education.