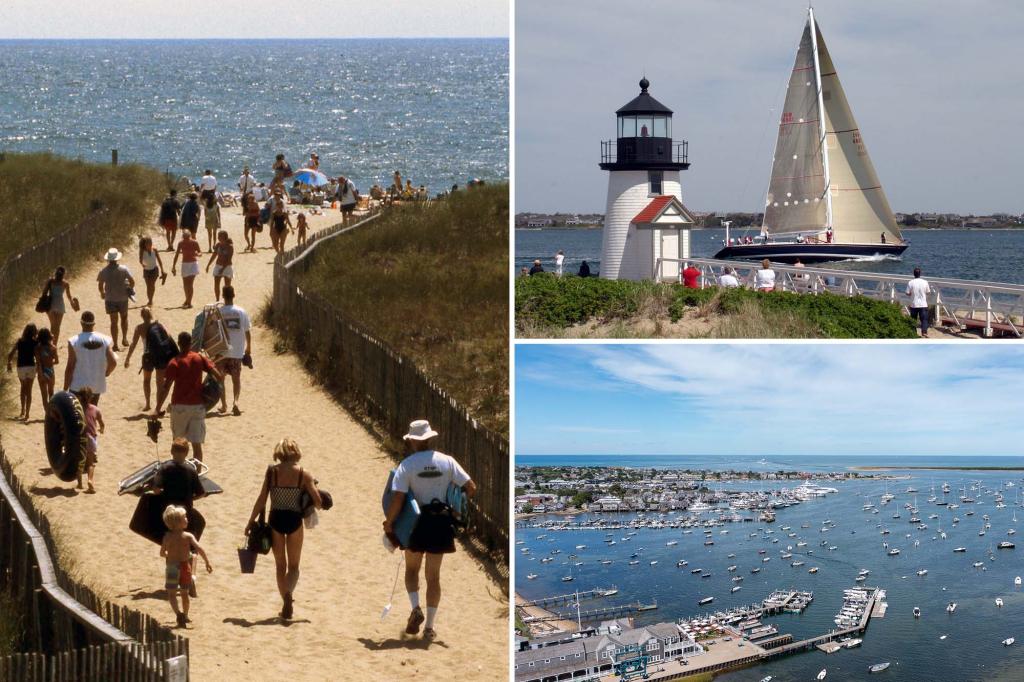 Last summer, the queue for Nantucket’s beloved restaurant, Black Eyed Susan’s, often snaked its way down India Street — but the queue was worth it. A small, unassuming and slightly quirky space, it’s popular with long-time visitors to the island as well as ‘all-year-rounders’.

This summer, however, co-owners Susan Handy and Jeff Worster were unable to open. Demand wasn’t the problem – finding staff capable of living on an increasingly expensive island was.

Black Eyed Susan wasn’t the only one. A host of other Nantucket institutions did not open this season, including: Fifty-Six Union, Keeper’s, the Pearl and the Boarding House. On a small island, even five or six closures are devastating. Couple that with record numbers of visitors to the island, and getting a restaurant reservation has never been harder.

The fight to get a table for dinner, however, is a small potato compared to Nantucket’s other looming problems.

Car traffic on the island has never been worse, according to more than a few residents. Airport check-in lines (assuming your flight can even depart on time) often leave visitors baking in the sun for hours. A hotter-than-ever housing market is pushing long-term renters and lifetime dwellers.

And, perhaps above all else, the environmental impacts of putting so many people on such a 48 square mile stretch of sand are beginning to strain resources and harm its ecosystems.

Nantucket is on a collision course for disaster — and could soon become a case study for unsustainable tourism.

According to figures provided by the Nantucket Data Platform, an independent public information organization, the island has a year-round population of 19,900. The average summer population in 2021 has increased to 58,090 from 34,430 in 2014. The city projects that its summer population will exceed 80,000 by 2026.

In years past, Bostonians and New Yorkers dominated the island between Memorial Day and Labor Day, often taking ferry or “air taxi” services, and like clockwork, these visitors left after the summer. Today, major airlines such as JetBlue, Delta and United offer service through October and sometimes November, extending the traditional 12-week summer peak season into the fall.

“We used to be 90% air taxis and 10% major carriers, but now that’s reversed,” said Noah Karberg, assistant manager of Nantucket Airport. “Today, 80% of the airport’s customers actually come from other markets like Oakland, California, and Billings, Montana.”

Meanwhile, the real estate market surpassed a record sales volume of $2.3 billion in 2021, widening the wealth gap between the island’s affluent vacationers and its year-round vacationers.

“We’re working more and more with fewer employees every year,” said Tobias Glidden, a 10th-generation Nantucketer whose family owned Glidden’s Island Seafood, a fish market, which opened in 1898. He is convinced that landlords who have converted homes to short-term rentals have exacerbated the crisis.

Electricity, which is brought to the island via two large undersea cables connected to Cape Cod, peaked in load this summer 8% higher than last summer. If an event were to render just one of these two cables unusable, the island could experience catastrophic power outages.

Increased pollution is also causing harmful algal blooms in the island’s ponds and decimating seagrass beds that serve as important marine habitats and carbon sinks. Despite a number of municipal initiatives over the years to address nutrient pollution and stabilize nitrogen levels in Nantucket Harbor, according to Emily Moldon, executive director of the Nantucket Land Council, “the ecosystem still shows significant signs of deterioration”.

Diminishing eelgrass beds, for example, caused the annual harvest of Nantucket’s signature “Nantucket Bay scallops” to drop to just 3% of what it once was in the early 1980s.

“The bushel count last season was 3,200. One of our lowest,” Molden said. “More and more people are buying homes and boats…which is great, but I think we need to rethink our policies and practices around ship traffic, nutrient pollution, all of that.”

But many islanders take the good with the bad. For local photographer Charity Grace, who has lived on the island year-round since 2015, the precious shoulder season months were once a time to recharge. Now they are often just as busy.

“There’s been an increase in all of my businesses,” Grace said. “But I would be lying if I said I wasn’t salty that the secret is out.”