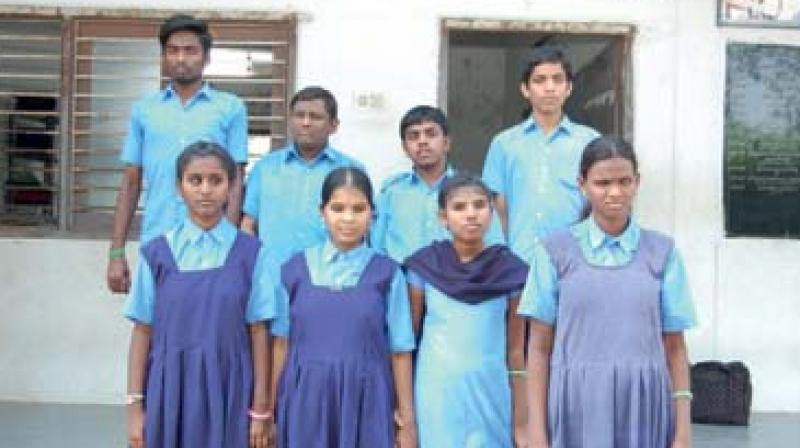 HYDERABAD: The only two public schools for the visually impaired in Hyderabad – one in the Old City for boys and another in Malakpet for girls – are said to be poorly maintained.

Schools don’t even have a single government-appointed teacher, students don’t have guardians, and food isn’t served to them properly. the toilets are located 300 meters from the school premises and the hostel.

Authorities demolished a hostel three years ago and have yet to complete construction of a new one. Students would be forced to study, eat and sleep in the classrooms. These factors lead to an increase in the number of dropouts each year.

The hostel block in the old town was demolished three years ago and a new one is still under construction, said a music teacher at the government high school for the blind. There are only 40 students in the school in the old town, compared to 60 before.

“A total of 30 students are crammed into two to three classrooms that can only accommodate five students in each class,” the teacher said. “Also, as the school is not in English,” said the teacher. Previously, the government used to make several announcements on admissions in the city and villages which have come to a halt since the Covid-19 outbreak. “We don’t have any new admissions,” the teacher said.
The Malakpet school principal said there were additional admissions and there were cleaners for 75 students. “These cleaners are appointed by NGOs and not by the government. Braille study materials are given to students and no braille kits are provided in these schools,” he said.

The universal braille kit includes a braille cube, letter plate, braille slate and stylus, standard abacus and instruction manuals. Whereas braille writing consists of arrangements of dots that make up the letters of the alphabet, numbers and punctuation marks.
“Students in both schools are malnourished. Among them, 10% of each school needs immediate care. There is no adequate drinking water facility. The study material is not up to standard and there are hardly any courses taken,” said an NGO which helps these students.

“No braille teacher has been appointed in these schools. We have appointed two helpers on our side,” said a member of the NGO. According to Malakpet Disability Welfare Department, mobile phones have been provided to 75 students in Malakpet block through which they can listen to the lectures.

“Since braille writing has not been used for two years, the pupils use the same sheets. All study materials are provided and they don’t have any difficulties in the hostels either,” said Sailaja, headmaster of the school in Malakpet, who works in the Disability Protection Service.