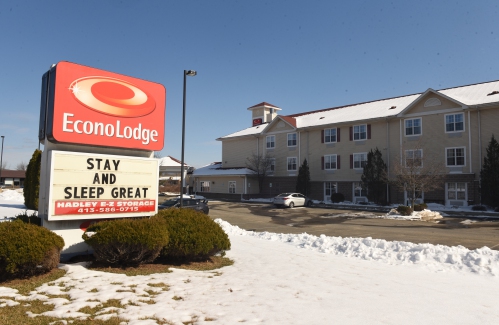 Developers who want to convert EconoLodge in Hadley to affordable housing get a $4.5 million raise

HADLEY — The conversion of a Route 9 motel into affordable apartments received a financial boost last week when a public-private community development finance institution said developers could access some $4.5 million in dollars in loans for the project.

The initiative is one of 17 out of 12 Massachusetts communities supported by $19.2 million from the Community Economic Development Assistance Corp.

Another project that will benefit will include the redevelopment of properties in downtown Greenfield into affordable units and additional accommodation space.

In Hadley, Valley Community Development’s plans to transform the EconoLodge, at 329 Russell St., from 63 hotel rooms into 50 affordable apartments, a mix of studios and one-bedroom, will benefit from a loan of acquisition of up to $4.1 million, as well as a pre-development loan of $400,000.

“We have high aspirations for the continued success of hotel/motel conversions as an emerging strategy to provide permanent, supportive housing for people experiencing homelessness,” CEDAC Executive Director Roger Herzog said in a statement. communicated.

The EconoLodge was built in 2003 and was used this fall as off-campus dormitories for transfer students to the University of Massachusetts. In August, the Select Board approved Valley CDC’s plans for the project.

CEDAC’s commitment is to create or preserve 970 affordable housing units across the state.

The Greenfield project includes 30 supportive apartments and adds 10 beds and a cafeteria to the shelter.