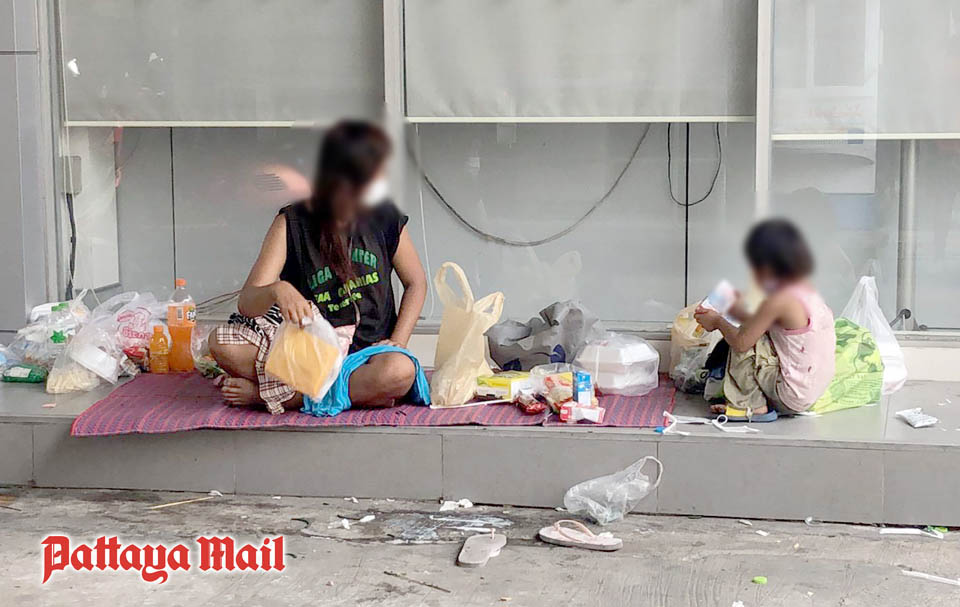 East Pattaya residents want homeless woman and child against their will

Residents of east Pattaya are urging social workers to place a homeless woman and her two daughters in a shelter against her will.

Residents living near a branch of Kasikornbank on Soi Nernplubwan complained on August 2 that the 30-year-old woman identified as “Tu” and her 3-year-old daughter were living on the streets, dependent on donations. money and food.

People who tried to speak to him on August 2 only got a confused speech and a point to a nearby temple in response.

A local man identified only as “Sek”, 50, said she had two daughters with her on July 31, but a man claiming to be one of the girls’ fathers took a girl away.

Sek is not sure if these were in fact his daughters or if the wife and children are unrelated and work as beggars by a gang of human traffickers.

Sek called social workers, telling them he wanted the woman and child removed as they may be carriers of Covid-19 and are squatting near a dormitory with many people.

She was told, however, that she had been offered help on several occasions and refused. Either way, Sek thinks she should be taken away.