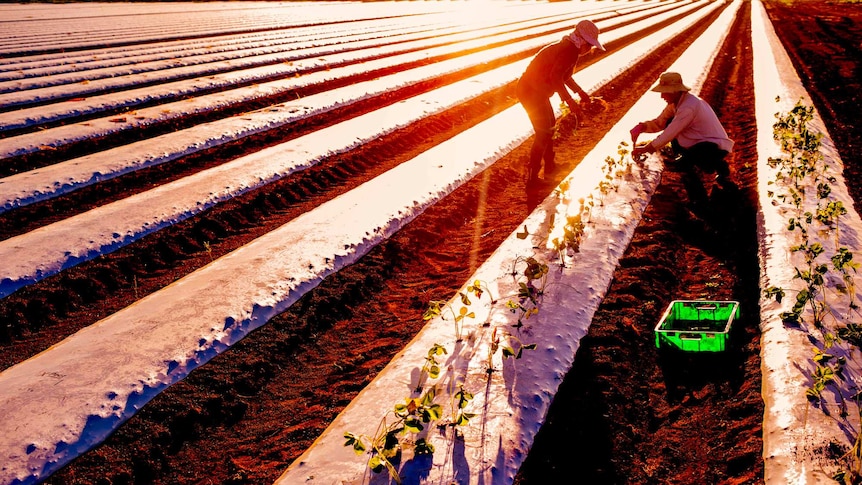 For the first time, workers on Australian farms will be guaranteed a minimum rate of pay when changes to the Horticulture Award come into force on April 28.

The Fair Work Commission set the deadline for major price changes on Tuesday, after determining last November that a minimum floor price should be set for pieceworkers.

Farmers’ groups argued before the commission that introducing a price floor would discourage productivity and see the most productive workers leave the industry.

But in its final decision, the commission called those claims “speculative and unsupported by evidence.”

The commission was scathing in responding to an agricultural company, which had challenged the payment of the terms of the award, saying that its submission demonstrated “a lack of knowledge of the existing award obligations”.

“[It] flies in the face of its assertion that large employers meet their allocation obligations and don’t ‘cut corners,'” the commission said.

The final ruling means workers under the horticulture price must be paid at least $25.41 an hour.

Workers can still be paid on a piece rate basis, which should allow the average worker to earn the equivalent of at least 15 per cent more than the casual rate.

The Australian Workers’ Union (AWU), which first filed the submission with the Fair Work Commission in December 2020, and had the backing of the federal opposition, says this is a great outcome for workers .

“But what it also guarantees is that if you work 30, 40 or 50 hours a week, you will at least get your minimum wage rights for those hours worked.

“It didn’t happen today, but from April 28, that’s what will happen in the future.”

Agriculture Minister David Littleproud has previously suggested that changes to the piece rate could increase prices at the supermarket, but Mr Walton did not believe the changes would have an impact on the cost of fresh fruit and vegetables.

The union initially called for the changes to be introduced on January 1, but the National Farmers Federation and the Australian Fresh Produce Alliance have argued they should not come into effect until July 1.

Industry groups declined to comment on the timeline set by the Fair Work Commission.

“It’s not the fact that it’s a minimum wage, it’s actually how we keep track of our workers in the paddock, that’s the biggest impact,” said Mr Brighenti.

“We don’t have the simple pay-per-productivity system anymore.”

Mr. Brighenti and his family employ around 35 fruit pickers at the height of the harvest.

“The nature of the business is that they are on the ground…it’s only partial supervision, we can’t supervise everyone all the time, we’re talking about multiple farms.

“Once they’re on the hourly rate, we have to supervise them to make sure they’re productive enough.”

Mr Brighenti said the changes would also leave him “no choice but to employ” gray nomads who he said had previously been able to work at “their own pace”.

In Griffith, not far from Mr Brighenti’s farms, Cristobal Hidalgo runs a hostel for backpackers.

Mr Hidalgo said the hostel did not send backpackers or seasonal workers to do piecework because they were not paid enough.

“When we worked piecework, it wasn’t enough money,” he said.

“I’ve met people who work picking oranges and they earn $30 a day or even less, that’s why as a hostel we decided not to provide any kind of piecework at all. whoever it is, because personally I don’t think that’s fair.

Get the latest rural news