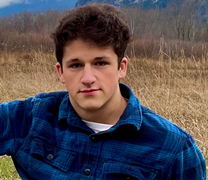 Riley Hayes is indicted but not convicted. He is allowed to attend school in Florida amid serious questions about a serious charge. So why is he the subject of a hate campaign?

BY: ANDREW COLTON | Editor and publisher

BOCA RATON, FL (BocaNewsNow.com) (Copyright Â© 2021 MetroDesk Media, LLC) – Florida Atlantic University student Riley Hayes is charged with aggravated sexual assault in Jackson, New Hampshire. The charge, filed in October 2020, stems from an alleged incident where Hayes is accused of “engaging in sexual penetration with another person while the victim was physically powerless to resist,” according to a prosecution document.

Hayes was in high school at the time.

The accusation is serious. But so are the issues raised by Hayes’ lawyers – and described in documents obtained by BocaNewsNow.com. Among them, questions about the conduct of the accuser. Claims that she and her friends removed material from their phones and social media accounts after laying the charge. And questions regarding the actions of the high school’s school resources officer, assisted by Hayes and the alleged victim, after the assault report was made to a guidance counselor.

The New Hampshire Judicial Branch provided several documents to BocaNewsNow.com early Friday. They are published, in their entirety, below.

But at the FAU, victim advocates learned of Hayes’ registration, decided Judge Ignatius was wrong, and asked the school to ban him from staying on campus. The FAU complied and ordered Hayes to leave an FAU dormitory in the spring. At the time, FAU spokeswoman Lisa Metcalf told the Conway, New Hampshire, “Sun” that Hayes had been told “to move out of his dorm and look for off-campus housing.”

The school told BocaNewsNow.com it will have an updated commentary next week.

Getting off campus, apparently, is not enough. BocaNewsNow.com received a strongly worded email Thursday evening from a woman who suggested that she launch a media campaign to defame Riley Hayes. It included a letter sent by the â€œrelevant FAU organizationsâ€ to the school. From this letter:

â€œWhile we understand that the school must wait for the court system to deal with this matter, we hope that Florida’s most diverse university will take every precaution to protect its students from predators like this. FAU NOW and other student organizations (listed below) represent over 1,000 students at FAU. We understand that Hayes was kicked off campus and that there was enough evidence for charges to be laid and for FAU Housing to remove him from campus. While we understand that the hands of schools are tied to some extent, we hope that FAU will take this opportunity to establish our campus as a safe place. We would like to know what the school plans to do to reassure students that their safety is assured. Will the school issue statements condoning this behavior? Will consent training be implemented for all students? Will parents of FAU High be notified that this person will be on campus? “

The letter was sent to BocaNewsNow.com by Neesha Arter Kuratek who lives in California and called Hayes an “indicted rapist” in her email. It has nothing to do with FAU. She told us she wrote for the New York Times. We requested samples. She sent one: â€œHow model Andreaja Pejic spends her Sundays: yoga and pig brunchâ€. But she also posted a link to her book on Amazon.com, “Controlled, The Worst Night Of My Life And Its Aftermath”.

“I have no connection with the FAU,” Kuratek wrote to BocaNewsNow.com. â€œI went to college in California and lived in New York City where I worked as a journalist. I have a friend whose child is in the first year. She told me stories of rape and alcohol use and as an activist I find it imperative to use my voice to expose the institutions that cover it up and fail to protect their students.

Kuratek, who has described herself as both an “activist” and “journalist,” is a marketing writer for Kenra Hair Care in Los Angeles, according to LinkedIn.

Lawyers for Ryan Hayes told BocaNewsNow.com that the â€œbaitingâ€ of activists was nothing new in this case.

“Riley pleaded not guilty because he is not guilty,” wrote lawyers Robin Melone and Leslie Gill. â€œThe court is aware of Riley’s location and he remains actively engaged with his attorneys. Despite aggressive and repeated baiting from members of the public, we will not try this case in the inherently lopsided court of public opinion. Riley can’t wait to be tried.

A hearing on the case is scheduled for next week. A trial is scheduled for early 2022. Florida Atlantic University, according to several people familiar with the situation, has no reason to withdraw Riley from class. He is legally authorized by New Hampshire to be in Florida, he is not charged with any wrongdoing in Palm Beach County. An accusation is an accusation, its validity is determined by a court.

BocaNewsNow.com strives to provide material for our readers to be fully informed. The court documents from this case are below. If they don’t appear, navigate to the files here.

Content copyright Â© 2021 Metro Desk Media, LLC. All rights reserved. We vigorously protect our intellectual property and our journalistic products. Broadcast stations must credit BocaNewsNow.com on air. Print must reference BocaNewsNow.com. Online should be linked to BocaNewsNow.com. We have agreements with several organizations. Contact news (at) bocanewsnow.com.

The latest news from BocaNewsNow.com