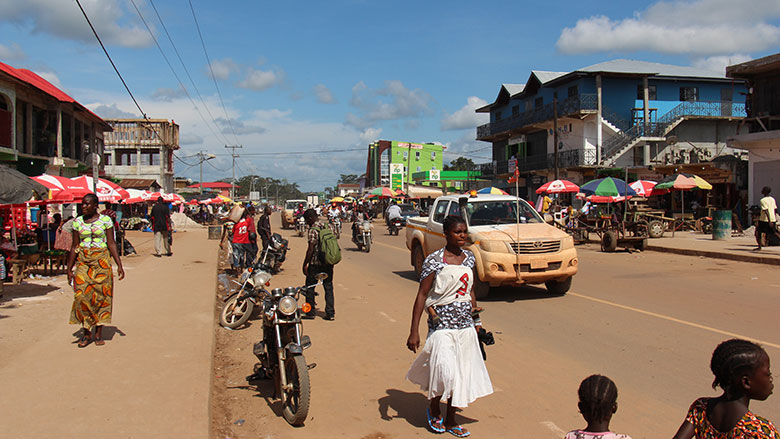 Local sex workers in Ganta, Nimba County have threatened to take the government to court over a poor economic environment that has reduced the influx of their clients.

According to the sex workers, in recent weeks customers have become scarce in the commercial district, which they attribute to the government’s alleged failure to improve the economy through job creation.

A local sex worker, Lucia Gonda (pseudonym), said that the sex trade is their only means of survival which allows them to feed their house and pay their children’s school fees, but the clients no longer come.

At night, local sex workers are seen on the street corners of Ganta, a busy shopping center looking for customers.

Teenagers, women and young girls are mainly involved in the sex trade, queuing in the streets and calling male customers (men) who sometimes pay them (20.00 USD) twenty or more US dollars per night.

Many of these young girls involved in the trade last week converged on the Ganta Magistrate’s Court where they threatened to sue the government for lack of customers.

The former general market of Ganta has become one of the main centers of the sex trade.

A few years ago, a senior Arcelor Mittal-Liberia executive died at the Jackie Guest House in Ganta where he had taken a sex worker to spend the night. Editing by Jonathan Browne