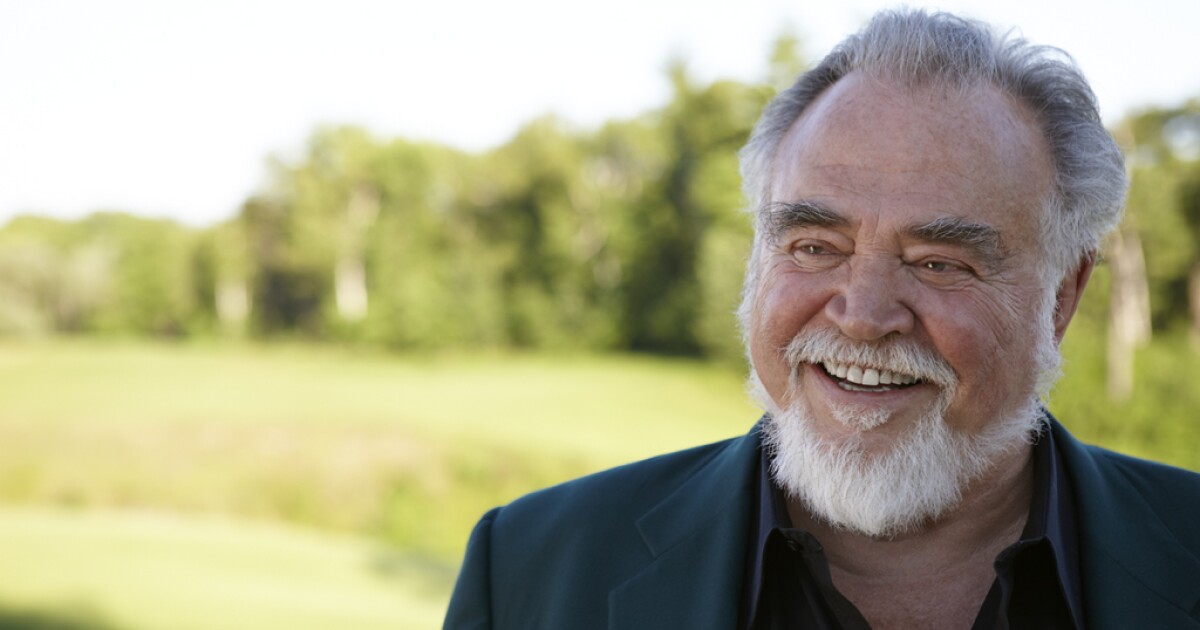 Herb Kohler Jr., who shaped the family business started by his grandfather into one of the world’s leading plumbing manufacturers and then built a premier golf destination that would host major championships and the 2021 Ryder Cup , died Saturday in Kohler, Wis. He was 83 years old.

While Kohler is perhaps best known for transforming Kohler Co. for 61 years, including 43 as CEO, in the late 1970s he branched out to expand The American Club – originally built as dormitory for Kohler immigrant workers in 1918 – into a luxury spa and resort. Kohler, an avid golfer, eventually developed a golf destination, hiring famed course architect Pete Dye to design Blackwolf Run (1988) and then Whistling Straits (1998) among its amenities. Together, the two courses have hosted six major championships and the 2021 Ryder Cup.

“His joie de vivre, his adventure and his impact inspire us all. We traveled together, celebrated together and worked together. He was all in, all the time, leaving an indelible mark on how we live our lives today and carry on his legacy,” his family said in a released statement.

Kohler was born in Chicago in 1939 and eventually attended Yale University. Shortly after finishing Yale University in 1965, Kohler went to work as a research and development technician for the company founded by his grandfather Michael Kohler in 1873. He became a director of the company in 1967 and vice president of operations when his father died a year later. In 1972, Kohler was elected Chairman of the Board and CEO, adding the title of Chairman in 1974. In 2015, Kohler became Executive Chairman of the company, passing the reins of CEO and Chairman to his son David.

The story of Kohler, Wisconsin 📍

A masterpiece created by a true visionary. pic.twitter.com/9GutFK3InB

“The PGA of America is deeply saddened by the passing of Herb Kohler, whose impact on golf extends far beyond his world-class properties which hosted major championships and the 43rd Ryder Cup,” said PGA President Jim Richerson in a statement. “Mr. Kohler was a passionate guardian of the future of our sport, and we were captivated by his vision. A friend to all involved in the game, Mr. Kohler challenged us to maintain the highest standards golf course. We send our thoughts and prayers to his wife, Natalie and the entire Kohler family.”

Former Milwaukee Journal Sentinel golf writer Gary D’Amato summed up the somewhat complex man: “Kohler was many things to many people – wealthy business magnate, iron-fisted CEO, willful conservative , perfectionist, outdoor enthusiast, avid (if slightly below average) golfer – but to me it was just Herb, a friend of the game.” [Wisconsin.Golf / 09.04.2022]

Attention to quality and customer service became the hallmark of Kohler Co., and these characteristics were the epitome of its American Club. [The First Call / 09.22.2021] When Kohler himself traveled, the most important aspect of accommodation for him was “a good bed. A good mattress. A mattress with a pillow top so that there was some degree of firmness and yet it’s very soft on top. Boy, pair that with a feather pillow and I’m like a baby in a bassinet,” he said. [Golf Digest / 04.06.2008]

Here’s a roundup of thoughts on Twitter regarding the news:

> Steve StrickerCaptain of the victorious 2021 Ryder Cup USA team at Whistling Straits: “I am saddened to learn of the passing of Herb Kohler today! He has done so much for golf in Wisconsin. He helped bring the cup home! This was for you Herb! RIP”

> American Association of Golf Course Superintendents: “GCSAA regrets to learn of the passing of Herb Kohler. The impact and legacy of Kohler – former trustee and donor, Old Tom Morris Award winner and golf course owner – will live on in the world of golf Our condolences to his family.”

> Padraig Harrington, captain of the 2021 European Ryder Cup at Whistling Straits: “It is sad to learn of the passing of Herb Kohler. A gracious host of the 2020 edition at one of his life’s great achievements, Whistling Straits. Just a lovely man who left his mark on life and the game of golf. RIP”

> Journalist and author Robert Lusetich: “The old man #Kohler was the most eccentric of men. After buying the Old Course hotel, he bought Duke’s, a course in a park just outside St Andrews. The starter was meticulously Scottish. Kohler s showed up late for his 8 a.m. start time Starter refused to let his group out!