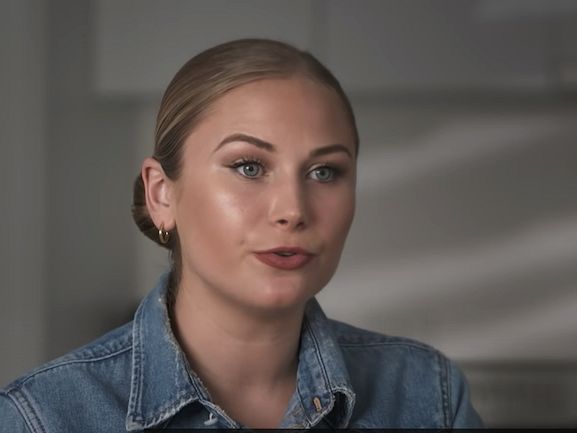 How one woman’s story helped heal another

* CONTENT DISCLAIMER: This article deals with rape and sexual abuse

I WENT TO St Michael’s Collegiate School in Hobart, a very different time from Grace Tame. Grace’s story and in particular the references to school brought up memories that I thought no longer had the power to move me.

I want to first acknowledge Grace’s experiences and her unwavering narrative and point out here that a woman’s telling of her story can sometimes break through the defenses of those of us who have survived, and in turn free our voices.

When I was at St Michael’s, or Collegiate as we called it, the school was run by the Fellowship of Sisters of the Church, a group of Anglican nuns. I was sent there not because my family was particularly interested in high Anglican ideology, but because it was a school with a strong reputation for educating girls and other than that I needed to get out from my home and it was a boarding school. My story is also that of childhood sexual abuse, not by a teacher but by my stepfather.

“If I had known what was going on, I would have stolen you.”

We lived in the small east coast village of St Marys, where my stepfather was the local doctor. He was also a lay preacher in the Methodist church where he played the organ on Sundays. He was a much appreciated and even revered figure in the community.

Many years later, in one of the bewildering synchronicities that life can sometimes present, I met Gwynneth, who was a nurse at St Mary’s small hospital when my stepfather worked there. We have established that Gwynneth knew me when I was a child. She visited our house for dinner, although I don’t remember those occasions.

“What was I?” ” I asked him because that was the period when the rapes had just started and I have no memory of myself.

â€œYou were calm. Timid. If I had known what was going on, I would have robbed you.

“We thought he was a very good doctor. He let us do things that nurses weren’t supposed to do. He encouraged us.”

I hated her for a moment for saying good things about him.

St Michael’s was to me a sanctuary, a refuge from a home where there was no peace to be found, no respite from fear, a home of life-threatening violence and unpredictable adult fury.

At St Michael’s I slept safe knowing that I wouldn’t be disturbed by heavy footsteps in the hallway and my mom’s screams, or my stepdad pulling my blankets to slip past me. At St Michael’s dining table, I was allowed to leave food that I couldn’t eat. I had the right to love and not to love.

The only times I experienced fear was when I got my stepfather’s fortnightly notes telling me what day he would visit me to take me for a drive. Then it would start again – the cold in my stomach, the nights awake, until the visit was over and I knew there would be a break until the next time.

It was like happiness after the end – euphoric relief. I thought it was happiness and this misunderstanding has long distorted my perception of how things should be between people.

This situation continued for about five years. In my 15th year, something gave way in me.

I had imagined for several months what it would be like to tell someone about my secret life. I knew who I would choose. Her name was Sister Elizabeth May.

At that time the nuns wore entirely black clothes with white wimps, we could not see their hair or their ankles and their waists were tied with wooden rosaries. I never found them intimidating, although I think it would be quite difficult to intimidate a girl who knew as much as I did about the terrible things adults can do.

I only felt kindness from these women. Although they didn’t know anything about my story, my distress was expressed in sleepwalking, nightmares and a complete inability to learn, although obviously I was not stupid. Children are not stupid, despite what some adults may think.

The only thing I could confidently do was play the piano, which I had been learning since I was five years old from, confusedly, my stepfather who turned out to be an excellent teacher. Sister Elizabeth May used to sit with me the night I practiced. She was sitting by the piano, knitting black mittens for the winter. She suffered terribly from frostbite. I’m sure she knew something was wrong at all.

One evening I said:

“What if you forgive someone 70 times seven times and they always do something wrong?” “

Which in itself was quite remarkable for the time – which was before these things were said. Before mandatory reporting, Elizabeth May therefore did not have to go to the police with my story.

Instead, she went to see Sister Jessica, the principal, a wonderful figure that we girls didn’t know well. I was called into his office. Elizabeth May came with me. I don’t remember Jessica’s questions, I only remember how soft she was and how much I wanted her to take me on her lap. She didn’t, of course, but she stroked my hair and prayed for all of us.

I later learned that the sisters presented their dilemma – and what a dilemma it was then, with no regulatory framework in which they could seek advice – to Hobart’s dean, Michael Webber. The dean was a frequent visitor to the school; we knew him well.

Between the three of them, they hatched a plan to face my stepdad and my mom – yes, my mom knew about it all along. But this is another story. They decided to inform a lawyer who also attended the confrontation. I have no idea what happened between the four of them, but I know that none of them ever questioned the veracity of my story.

“I only know that they loved me when I was lost and alone, and full of terror.”

On the day of the confrontation, it was decided that I would be sent to spend the afternoon with one of the lay teachers who had a house within the school grounds. They wanted me to be safe and out of the way. I spent the day in terror. I was afraid he would find me. I was afraid he would kill my mother if he couldn’t find me.

I was afraid to breathe.

I don’t remember anything from that day other than the feelings. At one point Elizabeth May picked me up from the house and took me to see Jessica. Together, they told me that my stepfather had admitted the truth. I wouldn’t have to go home anymore, they said. I wouldn’t have to endure anymore. I remember the relief. I remember crying because I didn’t have a home. I remember I was afraid that he would kill my mother and my little sisters because of what I had done.

Many years later, they told me that they had given him an ultimatum. Either he charged the nuns with me, or they would report him to the police. Of course, my parents agreed to abandon me.

In retrospect, it seems like a remarkably sophisticated way of dealing with a situation that was bizarre at the time – not in the sense that it didn’t happen often, because I’m sure, but because no one ever did. much about it, especially not the churches.

I don’t know if they made the right decision or not, or even how to assess that. I only know that they loved me when I was lost and alone, and full of terror.

And so St Michael’s Collegiate School became my home – the Sisters of the Church my keepers.

During the holidays, other girls invited me to stay with them. No one knew why I couldn’t go home and I made up a story of parents traveling abroad. Sometimes I didn’t want to go to friends because I couldn’t reciprocate and then the nuns let me stay in school. They took me with them for picnics and trips to Mount Wellington.

I had a record player, books and a lot of pianos to myself. At night, Elizabeth May or Jessica would bring me hot milk and sit with me until I fell asleep. I was free to roam around the school and boarding house and was, for brief intervals, happy.

Grace Tame, with her fierce courage and brilliant mind, released these vivid memories in me, and for that I am deeply grateful. Today, for the first time in many years, I cried for my Jennifer and her plight at this time in our lives.

This is what we can do for each other, those of us who survive.

I believe the nuns saved my life. I believe they taught me truths that I would never have known without their influence.

If I could talk to her, I would tell Elizabeth May that I still play the piano. I would tell him about my granddaughter, Mabel Jane – who is the most similar child to me – and whose young life is full of promise, security and love. I would tell Jessica that I have learned that our children and their children can heal us in ways we never could have predicted.

I would tell them that although once I was without a family or a home, through their love and care, they gave me the chance to become a woman who could make her own home and her own family, and live in deep contentment. This is, I would tell them, what you gave to me and to Mabel Jane, and I will be grateful to you every day.

If you would like to talk to someone about sexual violence, please call the 1800 Respect hotline at 1800 737 732 or chatting on the internet.

Dr Jennifer Wilson is an AI columnist, psychotherapist and academic. You can follow Jennifer on Twitter @NoPlaceForSheep.

This article was originally published by No Place For Sheep under the title “Let the Fountain of Healing Begin …” and is republished with permission.

BUK mourns the death of a student in a hostel