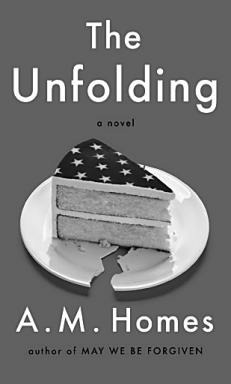 Imagining a right-wing cabal takeover of government – ​​The Examiner

“The Unfolding”, by AM Homes (Viking) If you’ve ever wondered who was behind the January 6, 2021, uprising, pick up a copy of AM Homes’ new novel, “The Unfolding.” The book, Homes’ 13th and her first novel in a decade, imagines what might have happened if a powerful cabal of wealthy, white, Republican men, horrified by the thought of a black man in the White House, had conspired to undo Barack Obama’s 2008 election and restore America to their nostalgic view of the way things were. It’s a weird, scary, and often very funny mix of political thriller and family melodrama, though at nearly 400 pages it does drag a bit at the end.

The ringleader, coyly called the Big Guy, is a 1 percenter with a ranch in Wyoming, a second home in Palm Springs, Calif., and enough political savvy to ferry his family to Phoenix to watch throwbacks at the same hotel than the McCains. The crew he assembles to carry out his plot includes an assortment of malcontents and eccentrics seemingly ripped from the headlines, including a retired military man reminiscent of the goofy general in “Dr. Strangelove,” who orders a nuclear attack on the Soviets to defend its “precious bodily fluids” against a communist plot to fluoridate water.

Meanwhile, all is not well at home. Big Guy’s wife, Charlotte, a social x-ray update of Tom Wolfe, is an alcoholic who hates being fat and ends up in the Betty Ford Center after a suicide attempt. Then there’s Meghan, their spoiled only child, who keeps a horse at her exclusive Virginia boarding school and idolizes her father, but begins to question his judgment and privileged upbringing after a long-buried family secret comes to light. .

Homes, a fluid writer and brilliant thinker thoroughly enamored with American politics and history, deftly weaves real historical facts and personalities into the fictional fabric of the novel. Unfortunately, the political story overshadows the personal story, and many characters, including Meghan and Charlotte, never really come to life on the page.

In an interview over the summer, Homes joked that she was glad the book came out after the attack on the Capitol on January 6, 2001, otherwise she would be in “big trouble”. After reading it, you will understand why. Although she started writing it long before the 2016 election and finished it before the insurgency, it practically reads like a road map of the events we witnessed before our very eyes.