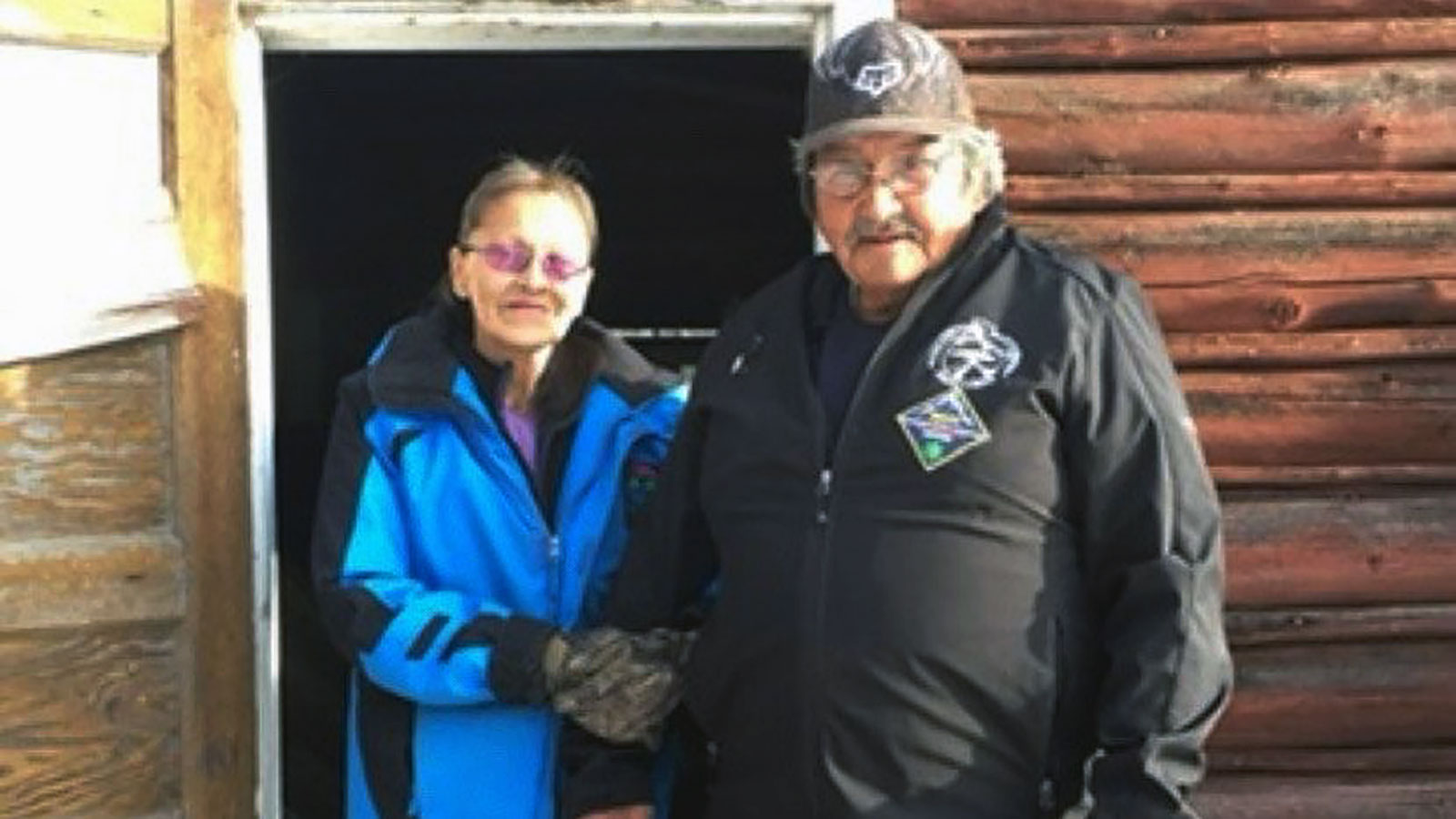 A Sambaa K’e elder endured a week-long ordeal after accidentally puncturing his abdomen with a knife while skinning a moose.

Victor Jumbo, 75, was in a hut butchering a moose head on Sunday, October 9, when his knife slipped and ended up in his stomach. He pulled out the knife, got into his boat, and made the 45-minute return trip to Sambaa K’e.

Sambaa K’e in the Dehcho region of the Northwest Territories has fewer than 100 residents and is only accessible by air most of the year.

The small community’s health center arranged a medical evacuation that would fly Jumbo to the larger village of Fort Simpson.

There would only be one seat on the small plane available for the trip, an arrangement that Jumbo found stressful.

“My father is 75 years old and he does not speak English fluently. He speaks Dene Zhatie,” said his daughter, Valérie Lamalice. “He’s not used to traveling alone. He needs an escort.

However, things got worse.

First, the family said, the medevac flight was pushed back from Sunday afternoon to Monday morning. Then another plane was found, coming from the territorial capital Yellowknife, and the medical evacuation was postponed until Sunday.

As this plane came in to land, the lights illuminating the Sambaa K’e airstrip went out.

The plane circled as people on the ground at Sambaa K’e frantically tried to repair the lights but, after three failed attempts due to the lights flickering, the plane abandoned its journey.

“At that point, all we could do was follow the instructions from Fort Simpson Health Center,” Lamalice said. “They told us to keep an eye on my dad all night.”

With a makeshift bandage prepared by his wife Margaret, Jumbo tried to rest with his son and his wife who watched him and checked his vital signs every three hours. The following day, he was airlifted to Fort Simpson, where health care workers decided he should be airlifted to Yellowknife. When he arrived in Yellowknife on Tuesday, he waited in the emergency room for three hours to be seen.

Doctors who assessed Jumbo sent him back to temporary accommodation at a boarding house in Yellowknife for people on medical trips, his family said. Two days later he was brought back for a CT scan, waiting six hours for the procedure before being released again.

“Today is day six,” Lamalice said on Friday. “He received no painkillers, nothing.”

Later that evening, Jumbo finally received the scan results: the knife had narrowly missed his organs. As long as the wound healed properly, the danger was over.

But hours of waiting in a Yellowknife emergency room with a two-inch stab wound left him feeling like he didn’t matter. “He didn’t like the way he was treated,” Lamalice said. “He felt he was being discriminated against because he was indigenous.

“It felt like there was no rush, no urgency. Like they didn’t want to bother handling it. Imagining my dad going through this…and at 75…it makes me really sad.

David Maguire, a spokesperson for the NWT Health Authority, said he was unable to comment on the situation in detail.

“While we cannot speak to specific cases or individual instances of care, due to a requirement for patient and customer privacy, we can confirm that medical evacuation services have been temporarily affected. by the trail lights at Sambaa K’e recently,” Maguire said. by email.

Jumbo’s family say they no longer have much confidence in the Northwest Territories medical system. A year ago, Lamalice’s daughter, Etoah, would have waited three weeks for the treatment of a broken arm.

“It hurt the whole family,” Lamalice said. But it happens all over the Northwest Territories. We just hope there will be a change and they will start taking our health seriously.