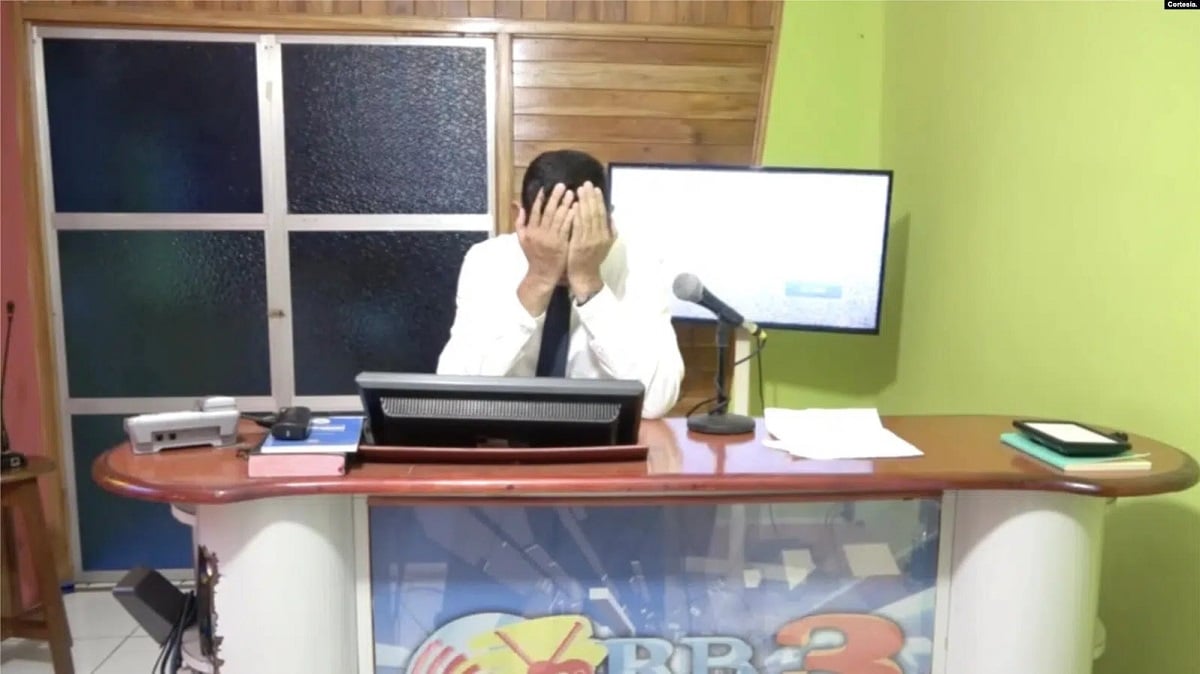 HAVANA TIMES — On Thursday, the European Union (EU) condemned the “arbitrary closure” of Catholic radio stations and other community media in Nicaragua, as well as the use of “excessive police force” to occupy facilities.

Between Monday and Tuesday, the dictatorship of Daniel Ortega and Rosario Murillo canceled eleven local stations, through the Nicaraguan Institute of Telecommunications (Telcor), ten belonging to the Diocese of Matagalpa — headed by Bishop Rolando José Álvarez, the one of the president’s staunchest critics — and the independent Radio Vos. In addition, they took the airwaves off the local channel RB3, Zona Lactea Canalwhose programming was broadcast through subscription television.

In a statement issued by its office in Managua, the EU said the cancellations constituted “another violation of freedom of expression and freedom of religion or belief”.

The EU recalled that “since 2018, the Nicaraguan government has unleashed unprecedented levels of violence against its own people, resorting to murder, enforced disappearances, imprisonment, harassment and intimidation against political opponents , journalists, human rights defenders, religious leaders and others”.

Since Monday evening, Nicaraguan police have forced their way into Divina Misericordia parish of Sébaco in order to appropriate the equipment of one of the Catholic stations closed by the authorities.

Police have occupied the church and, inside a dormitory, priest Uriel Vallejos is being held with six parishioners.

The Inter-American Commission on Human Rights (IACHR) and the Office of the Special Rapporteur for Freedom of Expression (RELE) have condemned the “arbitrary closure” of Catholic radio stations, as well as the violent entry of police into parish.

The IACHR and RELE called on the State of Nicaragua to “stop the constant attacks against the Catholic Church” and to “refrain from using its powers in the field of telecommunications to limit or prevent the flow of information , ideas and opinions”.

The Inter-American Press Association (IAPA) denounced that the closure of local media is “part of a campaign to eliminate all vestiges of an independent press”.

“In one fell swoop, the Nicaraguan government created a new information desert inside the country, where the stations that were shut down had provided valuable community service to thousands of people,” said Jorge Canahuati, president of the ‘IAPA.

Chairman of SIP’s Press and Information Freedom Committee, Carlos Jornet, said: “Police have used excessive violence against closed posts, which indicates the high degree of impunity enjoyed by the Nicaraguan authorities in the most remote regions of the country.”

“The Ortega government is no longer just an enemy of freedom of the press, but also appears to be suppressing freedom of worship and thought in Nicaragua,” said Jornet, the Argentine newspaper’s editor. The voice from within.

SIP called on the international community not to give up on the pressure for press freedom and democracy in Nicaragua.

In April, IAPA and 26 regional and international news organizations released the Nicaragua Statement, which calls on multilateral organizations and governments to adopt concrete actions to “force the government of Nicaragua to put an end to human rights violations”. rights and freedom of the press and to restore democracy. ”

EU calls for the release of political prisoners

“Currently, Nicaragua has more than 180 political prisoners, imprisoned without respect for the Nicaraguan Constitution, criminal law and guarantees of due process”, added Jorge Canahuati.

Likewise, the agency pointed to the closure of “more than 1,200 civil society organizations, without adequate justification”, so far in 2022.

“As a result, thousands of Nicaraguans from the most vulnerable sectors have been left without assistance,” he warned.

The EU urged the Nicaraguan authorities to cease “all repression and to restore full respect for all human rights” and launched an “urgent appeal to the Nicaraguan government to immediately and unconditionally release all prisoners policies and cancels all legal proceedings against them, including their convictions. ”

The EU applied sanctions to those close to Ortega, including Vice President Murillo, and several of her children, as well as to officials in her government accused of human rights abuses.