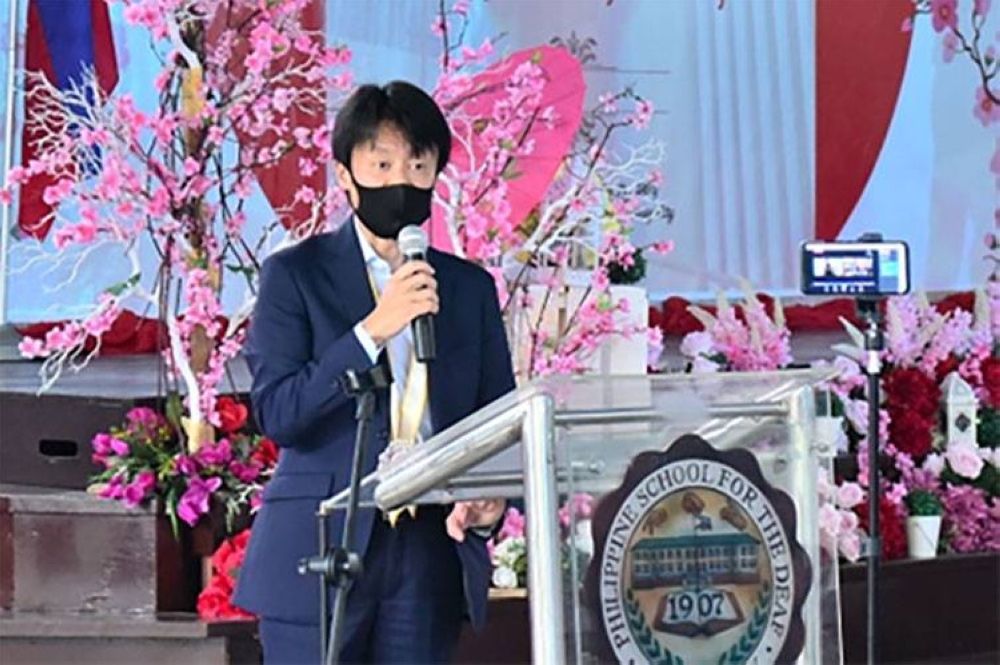 The Philippine School for the Deaf (PSD) in Pasay City officially opened the doors of its new student dormitory, as the Japanese Embassy in the Philippines officially handed over the two-story building in a ceremony on October 28.

The new dormitory was completed as part of the “Pasay City Philippine School for the Deaf Dormitory Construction Project”.

The project was approved in 2019 by the Japanese Embassy in the Philippines, as part of Japan’s Official Development Assistance (ODA) through the Support for Grassroots Human Security Projects (GGP) grant. ).

The only public institution for the deaf in the country, the PSD is a semi-residential school that can accommodate students. However, due to the limited capacity of the dormitory, the school had unfortunately had to turn down more than half of the applicants each year. Many students from remote parts of the country have encountered serious problems finding accommodation.

To solve this problem, the Japanese Embassy gave a grant of 8 million pula to the PSD for the construction of a new dormitory. The construction of the new building, as well as the renovation of its existing dormitory, increases the school’s capacity to accommodate nearly 100 students.

Get the latest news

delivered to your inbox

During the ceremony, Economy Minister Nihei Daisuke of the Japanese Embassy reiterated the importance of empowerment. He encouraged the students to pursue their dreams and expressed his optimism for their future success.

As the largest ODA donor to the Philippines, the Japanese government launched the GGP program in the Philippines in 1989 to alleviate poverty and help various communities engage in basic activities. Currently, 553 grassroots projects have been implemented by the GGP.

Japan believes that these projects will strengthen the friendship between Japan and the Philippines and help sustain the strategic partnerships between the two countries.

Also present were First Secretary Kanno Chihiro and Third Secretary Yamada Yumi of the Japanese Embassy in the Philippines, other DepEd officials, Pasay City LGU officials, the school principal and staff, students and their parents.