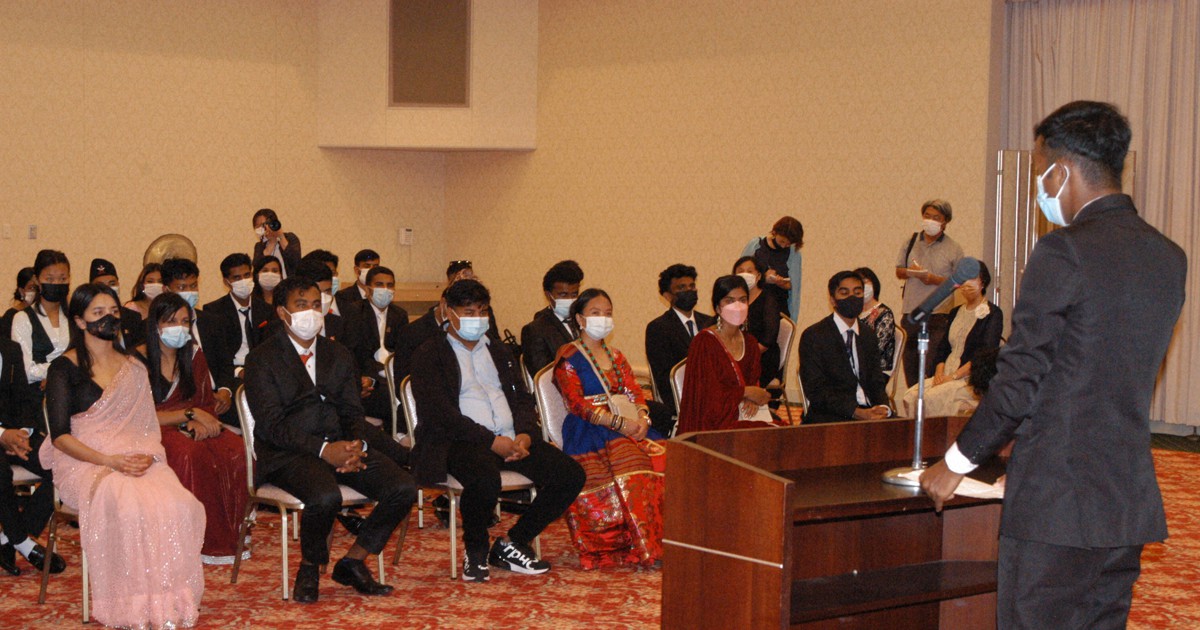 YAMATOTAKADA, Nara — The Japanese International School of Nara, which was established in this western Japanese city in 2020 but had to be closed due to coronavirus-related border restrictions, held its first entrance ceremony on July 18.

The ceremony was attended by 48 freshmen who came to Japan around May after the easing of limited entries to Japan. The school is operated by the public benefit association Nara International Exchange Center in Kashihara, Nara Prefecture. President Hiromi Yoshida told the students, “I would like you to become a bridge between your home country and Japan.

In addition to international exchange activities, the center has been running Japanese language courses in Kashihara for foreigners living in Japan since 1990, but it established the school and obtained approval from the Ministry of Justice to provide a higher level of education. teaching the Japanese language.

The 55 first-year students range in age from 18 to 27, and 40 of them are from Nepal, eight from Sri Lanka, six from Kyrgyzstan and one from Indonesia. Students will enroll in the 18-month or two-year course to take Japanese lessons. The school has prepared a dormitory and will offer students part-time jobs permitted by law.

Regarding their career path after graduation, some students plan to enter a university in Japan, while others plan to return to their home countries and teach there. Japanese.

A 25-year-old from Sri Lanka, who wants to get a hotel job in Japan in the future, spoke on behalf of other freshmen at the entrance ceremony, saying, “I want to study hard every day and interact with Japanese friends, and experience Japanese culture. Let’s do our best in this school to achieve our dreams.”