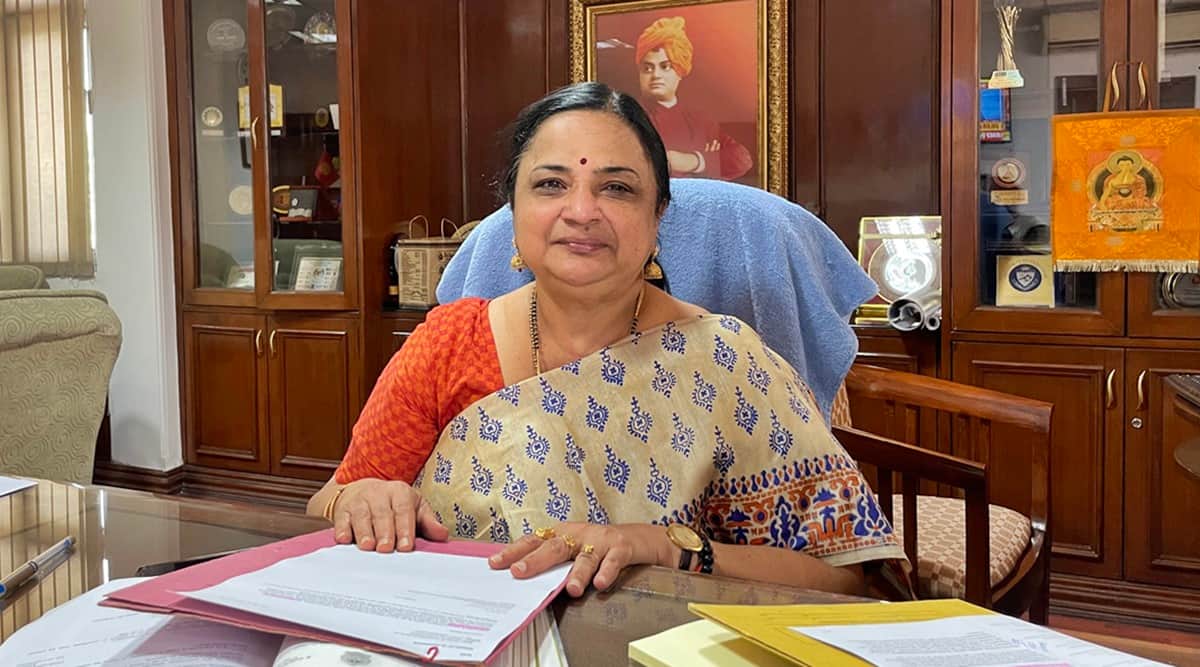 JNU campus may be politically charged, but university is not anti-national: VC

Weeks after the registrar of Delhi’s Jawaharlal Nehru University (JNU) said the ‘brawl’ between students associated with left-wing corps and the ABVP took place after some of them objected to the holding of a “havan” on the occasion of Ram Navami, its vice-president. -Chancellor Santishree Dhulipudi Pandit said the administration had “no idea what was the trigger” behind the clashes.

Registrar Ravikesh had said clashes on the JNU campus earlier this month began after students clashed with havan inside one of the hostels on the occasion of Ram Naval. Members of left-wing organs alleged that there were attempts to prevent the cooking and serving of non-vegetarian food in the Kaveri Hostel mess and those associated with right-wing Akhil Bharatiya Vidyarthi Parishad said that some people had tried to disrupt a Ram Navami puja at the same hotel.

About the contradiction, Pandit said, “There are different interpretations coming up. There are versions on all sides. The institute’s supervisory committee is investigating and will submit its report shortly”.

She said that everything that happens at JNU becomes the talk of the town due to the negative perception of the university. “The campus may be politically charged, but the university is not anti-national. More than 60% of the bureaucracy serving the country comes from this same university. More than 90% of the students are apolitical and they came here for a career. Most of them come from disadvantaged backgrounds, and any such negative brand image will affect them when they go out to find jobs. Every university has a fringe of lunatics and JNU is no different from the others,” said Pandit, who took over as JNU VC in February this year.

Among one of her immediate plans, the Vice-Chancellor wants to improve the financial and infrastructural aspects of the JNU, which recently celebrated its 53rd anniversary. She said the university was currently operating with a deficit of Rs 130 crore and that she intended to make it “financially self-sufficient” through private partnerships, foreign contributions and philanthropy.

“JNU has to learn to become self-sufficient as well and we won’t get much from fees or anything because here it’s a very sensitive issue… We have to look for innovative ways to do that. A student competes with over a million students for a seat here, and many of them come from marginalized sectors. We want many programs that will help our students get more scholarships and scholarships, both from private and foreign entities, depending on the opportunities,” Pandit added.

Following the establishment of the Dr. Babasaheb Ambedkar Center and a chair that will conduct research on reducing socio-political and economic inequalities, JNU intends to create a special school of inclusivity.

“We want to innovatively develop Dr. Ambedkar’s vision as a national vision and not as a caste-based or regional vision. He was a national leader and one of the first feminists in India. We want to build an inclusive school for marginalization and women’s issues,” Pandit said.

She also acknowledged that there have been security breaches on campus and she intends to replace the company responsible. Recently, a man broke into one of the women’s hostels and female students claimed he also tried to break down a bedroom door.

“There have been complaints of thefts from teachers’ accommodation and security breaches. Last time I was told there were issues and it was not done through a proper tendering process. We will publish an ad in a month and change the security,” she added.