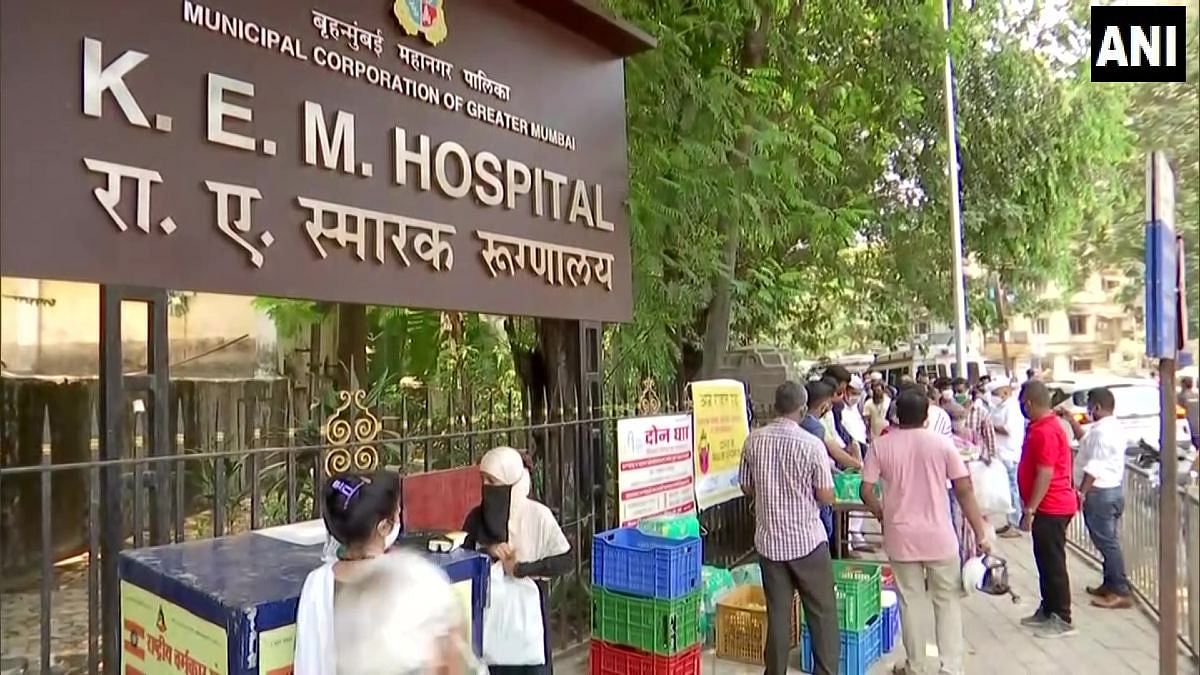 Mumbai: In a reminder of Payal Tadvi’s suicide case in 2019 – following alleged caste abuse – another medical student from Mumbai has filed a complaint for being subjected to caste-based harassment by his fellow students.

But two weeks after Sugat Padghan – a 24-year-old scheduled-caste student studying at the King Edward Memorial Hospital (KEMH) of the Brihanmumbai Municipal Corporation (BMC) in Mumbai – filed an FIR, the police have not yet made arrests in the case.

The FIR mentions 17 fellow students and hospital staff, who are accused of either directly harassing Padghan or supporting the act and refusing to acknowledge the harassment.

According to the FIR, of which ThePrint has a copy, the 17 were charged under the Scheduled Castes and Scheduled Tribes (Prevention of Atrocities) Act 1989, the Maharashtra Prohibition of Robbery Act 1999 and of sections 504 (intentional insults and thereby gives provocation to any person) and 506 (criminal intimidation) of the Indian Penal Code (IPC).

“The punchnama has been done, but as far as I know no further action has been taken yet,” Padghan, a third-year student at the school and occupational therapy center in London, told ThePrint. the hospital.

Police confirmed no arrests have been made in the case so far, but declined to comment further. ThePrint contacted Sangita Patil, Deputy Commissioner of Police, Bhoiwada Division, Mumbai Police, who is handling the case, by phone, but she declined to divulge details. “The investigation is ongoing. Further action will be decided based on the results of the probe,” Patil told ThePrint.

Two of the defendants were reached by phone but declined to comment.

In 2019, Payal Tadvi, a postgraduate gynecology student at BYL Nair Hospital, another BMC-run hospital in Mumbai, died by suicide in her hostel room. After his death, Tadvi’s family accused his elders of harassment and caste discrimination. The 26-year-old was from the Scheduled Tribes.

Tadvi’s family had alleged that despite repeated verbal and written complaints, the college administration had done nothing. The case is currently being heard in the Bombay High Court.

Padghan, who hails from Hingoli district in Maharashtra, came to Mumbai in September 2018 to pursue his medical studies and claims the harassment from his fellow students started soon after, in December. The accused allegedly made him clean utensils, wash their clothes and sweep the floors of the premises of the college and the hostel.

The FIR also mentions that Padghan was asked to fetch groceries and other things for the defendant and was the target of caste insults if the job was not done. “You are from a Scheduled Caste community, why did you come here to learn? the FIR mentions the accused as saying.

“I was threatened, abused, called caste slurs by three classmates,” Padghan told ThePrint. “Sometimes they even said if I speak loudly they will throw me off the 8th floor of the hostel building,” he added.

After constant fighting and fearing for his safety, Padghan said he returned to his village in January 2019 and did not return for almost two months. After returning, he informed the class leader and later, in April, complained to the institute’s anti-ragging committee. This was followed by a complaint to the dean of the institute the same month, he claimed.

But Padghan claims in the FIR that, far from helping him, the committee told him no one had him in shreds and that he shouldn’t press charges again unless he wanted to be expelled from the institute. .

“The college wouldn’t let me take the 2019-20 exam citing insufficient attendance,” Padghan alleged, adding, “I begged the college that the reason I didn’t have enough attendance was because of gossip and harassment, but no one listened.” The 24-year-old claimed he lost a college year because of it.

On December 17, 2021, Padghan said he contacted police to register an FIR, but alleged his complaint was not immediately registered.

According to Abhyankar, 30% of the complaints they receive relate to discrimination or the use of anti-castist slurs.

“It’s one thing for an incident to happen and quite another for a complaint to be registered. Many people, especially the rural population, are unaware of this and do not complain,” he said.

Read also : Attempt to ‘silence the Dalits’: Students slam faculty against ‘caste’ in US policy of academic discrimination

Here’s what happened this week in Arizona history