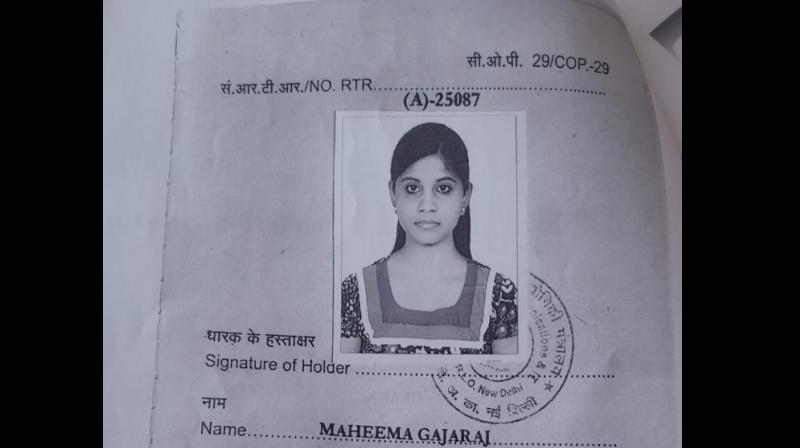 Hyderabad: The female trainee pilot, Maheema Gajraj, who died in a plane crash on Saturday, had joined Flytech Aviation in Macherla in Andhra Pradesh four months ago, and had flown solo for about 70 hours, the sources said. flight school.

Sources said the ill-fated Cessna 152 took off from Macherla airfield in Guntur district after the examiner issued clearance on the aircraft’s condition.

Monika Laxmi, head of Flytech Aviation, said Maheema has been staying in a hostel on campus since joining the course in October 2021.

“Flytech management and its expert teams are on their way to the site where the plane crashed in Nalgonda district to analyze the accident. An internal probe is underway and will analyze the cause of the accident. After conducting a proper investigation, we will provide details,” she said.

Sources said technical issues could have been to blame for the plane crash. “Maheema had flown the same aircraft alone earlier. A few minutes after the aircraft left Macherla, the signaling system was cut off and there was no proper communication between the pilot and the Flytech base camp” , sources said.

Meanwhile, Nalgonda Police said they would speed up the investigation into the plane crash. Police officials said they would coordinate with the Director General of Civil Aviation (DGAC) to investigate the incident.

Danger in the air

The city has seen several trainee plane crashes, belonging to both the Indian Air Force and flight schools over the past five years.

October 6, 2019: Two pilots were killed after a training plane crashed in Sultanpur of Vikarabad district.

November 21, 2018: A trainer plane crashed at Shankarpalli in Ranga Reddy district due to a technical problem. The 25-year-old pilot, Bhaskar Bhushan, escaped unscathed.