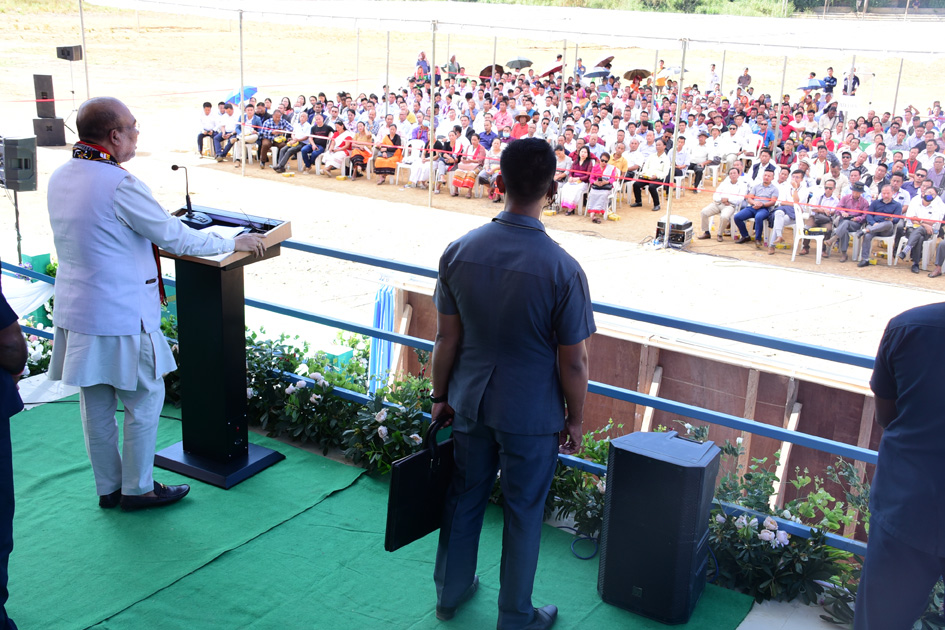 Projects include the inauguration of a mini outdoor stadium in Senapati, a sub-treasury office in Tadubi, an open sports hall in Senapati, a UCO Bank branch in Phaibung Khullen, building models from anganwadi center to Paomata center and Rikhumai Taphou.

Singh also laid the foundation stone for the construction of a synthetic football pitch in Senapati, a training, entrepreneurship and employment center for youth in Senapati district and an indigenous sports complex in Maram. Khunu.

The Chief Minister said that the laying of the football synthetic turf on the public ground of Senapati and the indigenous sports complex of Maram Khunou was close to his heart and pledged in front of the public that the two projects would be delivered to the people before the electoral code of conduct. for the legislative elections of 2024.

Minister of Tribal Affairs and Hills Letpao Haokip said the projects that have been inaugurated and those whose foundation stones have been laid are the result of “Go to Hills and Go to Village Mission”.