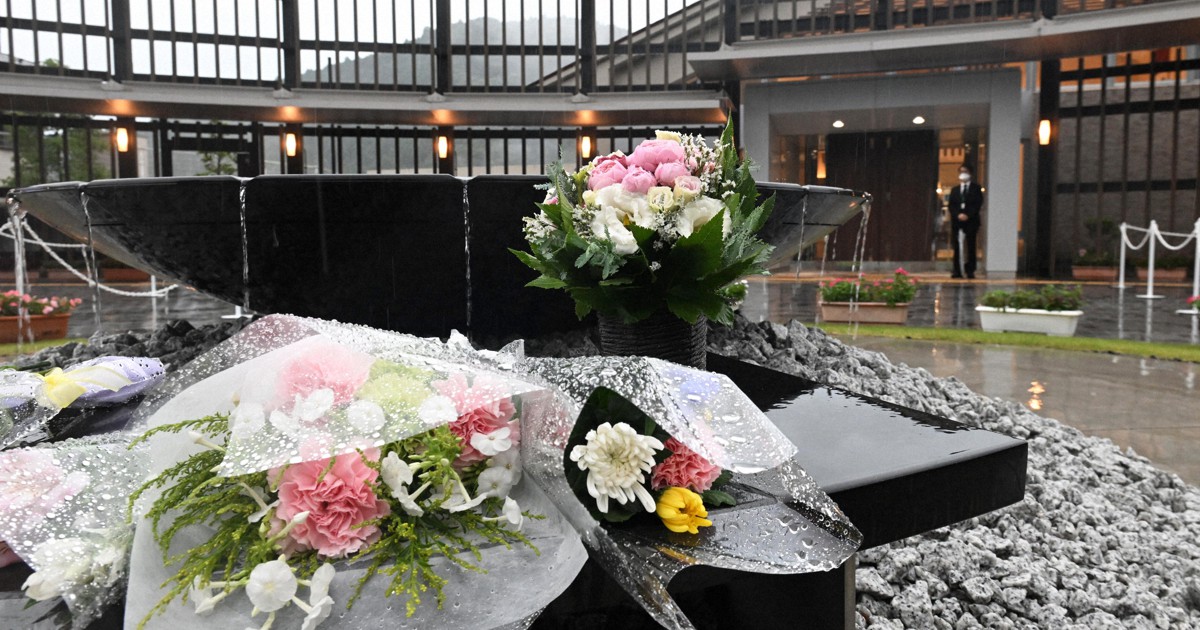 SAGAMIHARA, Kanagawa – A memorial service commemorating the victims of a stabbing rampage that left 19 dead and 26 injured at a disability care facility in this eastern Japanese city was held on July 26 , the sixth anniversary of the incident.

The ceremony, organized by the Kanagawa prefectural government and other agencies, was the first such event to be held on the same day as the incident. The bereaved families and others observed a minute of silence for the 19 residents who lost their lives at the Tsukui Yamayuri En facility.

In addition to the bereaved family members, the memorial service, which began at 10:30 a.m., was attended by members of the facility residents’ family association and officials from the Kanagawa Kyodo-kai welfare organization, who manages the establishment. Due to a COIVD cluster in a dormitory at the site, residents were not allowed to participate.

Kanagawa Governor Yuji Kuroiwa addressed the attendees at the ceremony, saying, “Even now, I can’t help but feel strong resentment and deep sadness. of social services integrating the point of view of the parties concerned is the norm.”

The facility was rebuilt after the 2016 incident, and it was the second year that a memorial service was held at the site. Previous memorial services were held on a different date in late July.

The names of seven of the victims are engraved on a cenotaph installed in the establishment, with the consent of their families. The prefectural government asked the media to refrain from releasing the names, as some of the bereaved families did not want the names of their loved ones widely published in the media.

Kentucky by Heart: Legendary railroad engineer “Casey” Jones spent much of his childhood in Western Kentucky.