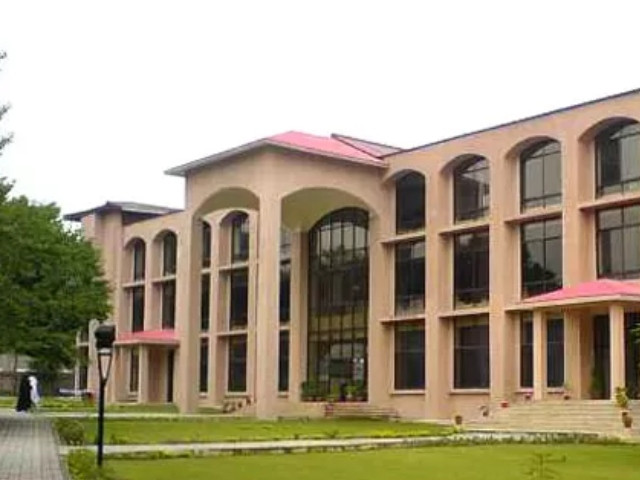 The National Accountability Bureau (NAB) has referred a complaint filed against a former director of the Abbottabad campus of COMSATS University for alleged professional misconduct to the university’s rector for further action, saying the matter is not within the scope of the competence of the office.

“The nature of the allegations made against the Director of COMSATS fall outside the scope of the National Accountability Order 1999,” the Complaints Unit at the Peshawar office said.

Documentary evidence available with this scribe indicates that a complaint has been filed against allegations of gross administrative misconduct, embezzlement and abuse of power by the former director of COMSATS has been filed with NAB Peshawar while another complaint was lodged at the office of the KP Governor.

The complaint brought administrative and financial charges against former campus director Imtiaz Ali, including an incident of physical assault against a woman in May 2022 at the university’s hostel by his guests who stayed at the hotel several times. the same guest house with its reference as well as unidentified people. females.

Similarly, allegations of financial mismanagement include a brand new college car, the Toyota Corolla GLI, used by the former principal’s family at their Peshawar residence with the driver for 18 months. “He lived on university premises occupying a three-storey faculty hostel with 13 apartments. He declared this inn as a guesthouse where the current incident happened. He lived without paying dues and evicted 10 female faculty members living in these apartments,” it read.

Sources told The Express Tribune that the COMSATS campus in Abbottabad has a two-channel director’s house in the expensive Habibullah Colony area which was renovated during his tenure at an outlay of Rs 1.6 million.

During his 18-month tenure, he spent over Rs 20 million in the name of renovation and development without any pre- or post-spending approval from the University Forums. This scribe managed to obtain comments from 19 senior faculty members, including professors and chairs of various departments, who demanded an impartial investigation under the direction of a high-level committee in addition to a general assembly of all staff associations in this area.

They expressed deep concern over the deterioration in the quality of teaching and research over the past year and a half and condemned the degradation of moral values ​​and the promotion of indecent culture on campus.

Aqeel Abbass, director of administration of the Abbottabad campus of COMSATS university, confirmed to this scribe that the university has substantial evidence to prove what happened that day on the university campus, including including physical attacks, after which the rector sent the former director on forced leave and opened an investigation against him. He added that the matter was immediately reported to all officers involved, including the rector.