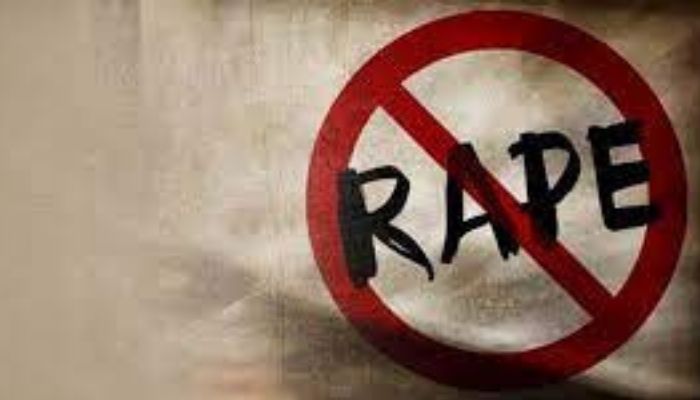 A married woman from Ahmedabad has filed a complaint against a man named Nasrukhan Pathan, claiming he raped her after he claimed to have fallen in love with her. It is now revealed that the culprit Nasrukhan Pathan tricked her into pretending to be a lover, took her to Ajmer dargah and many other places, and raped her for months. Eventually, the woman was saved by her husband.

According to a report by News18 Gujarat, the married woman from Ahmedabad befriended a man named NK Pathan on Facebook. The accused developed the woman’s trust and formed a physical relationship with her in Ajmer in Rajasthan by pretending to fall in love. The accused then threatened to defame the woman and took around Rs 2.5 lakh in installments and took her to a house on Patwa street near Teen Darwaja in Ahmedabad and repeatedly raped her. Police have now launched an investigation after the woman lodged a complaint in this regard.

The 31-year-old, who lives in Fatehwadi, lives with her family and works as a domestic helper. Her husband runs a business selling rickshaws. The couple have an 11-year-old daughter. About six months ago, the woman accepted a friend request from an account named NK Pathan on Facebook. She then had a conversation with the man for about eight to ten days on Facebook and the two introduced themselves. It has been found out that this NK Pathan is Nasrukhan Tajkhan Pathan who lives at Taj Residency behind Royal Akbar Tower, Juhapura in Ahmedabad.

He gained the lady’s trust and the two exchanged phone numbers. The two then began talking on the phone. About twenty-five days later, the woman and Nasrukhan Pathan had both traveled in her car from Sarkhej to Datar Unjha. It was their first trip together. About a fortnight later, the two traveled to Ajmer Dargah on overnight journeys from Shahibaug. They arrived there in the morning and stayed at the guest house there. In the guesthouse, the two had a physical relationship for the first time.

Both then left Ajmer overnight and returned to Ahmedabad. Then, about a fortnight later, the woman and Nasrukhan Pathan drove from Ahmedabad in an auto-rickshaw to Mahmadabad. Then, about fifteen and twenty days later, they returned to Datar Unjha once more. It was then that Nasrukhan Pathan began to assert his rights of possession over the woman. Therefore, she had limited the conversation with Nasrukhan Pathan. After that, Nasrukhan said to the woman, “From now on, I won’t doubt you anymore. Forgive me.” The married woman trusted him again and resumed the conversations.

The woman succumbed to his threats and remained silent so that the husband or family would not know about the affair. But after a while, the woman got fed up and turned off the cell phone. Nasrukhan Tajkhan Pathan started wandering around the woman’s house. He started getting updates like what she does and who she meets.

Then, a few days ago, Nasrukhan Tajkhan Pathan came to the woman’s apartment and asked for money. The woman said she had none. The wife was so fed up with the harassment that she herself called her husband and told him about the whole affair.

Later, the woman took a rickshaw and drove to the riverside to kill herself. She gave her mobile phone to the rickshaw driver and walked a distance before losing consciousness. When she regained consciousness, her husband and her husband’s friends had arrived. She was then persuaded and taken home. Husband and wife talked to each other and decided to file a complaint about it. The woman complained of threats and rape to Sarkhej. The police registered a case and opened an investigation.

Funding from the Cannabis Social Equity Fund of New York