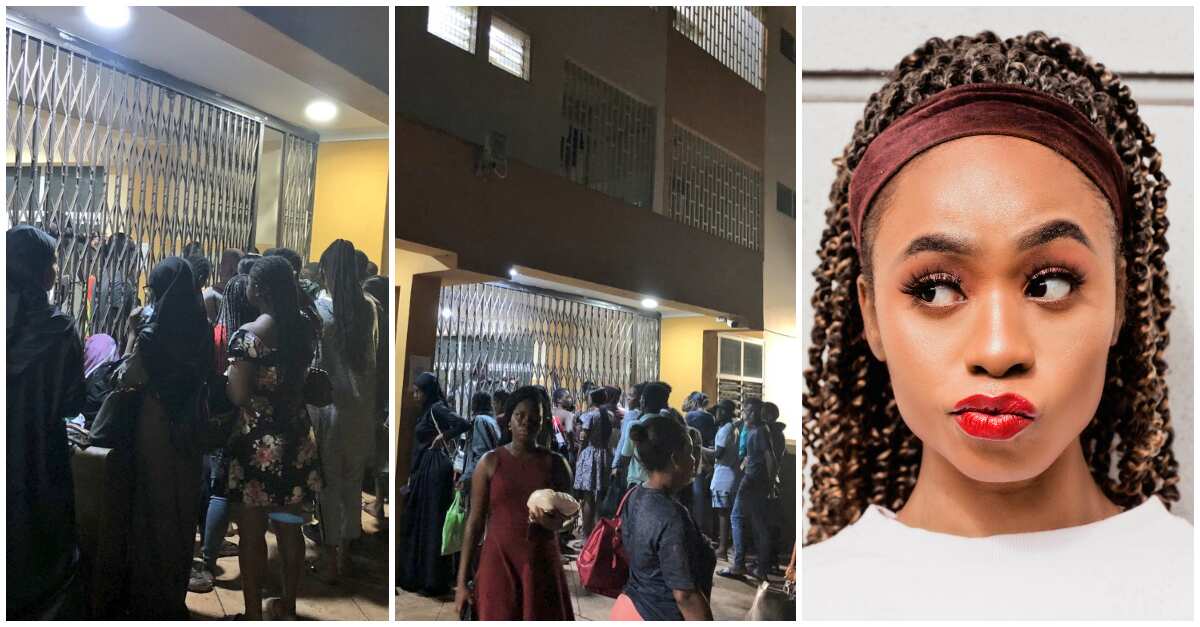 PAY ATTENTION: Check the news which is chosen exactly for you ➡️ to find “Recommended for you” block on the home page and enjoy!

Some students of the Kwame Nkrumah University of Science and Technology were recently locked out of their hostel following their refusal to return home for the holidays.

The post seen by YEN.com.gh on the Twitter timeline from @VOICE_of_KNUST reported that the management of SRC Hostel took the decision to lock down the students after all attempts to get them home proved futile.

The management of the SRC hostel does not allow outside students to enter the hostel as students have been advised to vacate the hostel by 5:00 p.m. today.

PAY ATTENTION: Click “See First” under the “Following” tab to see news from YEN.com.gh on your News Feed!

At the time of this publication, the tweet has garnered nearly 170 retweets with 38 quoting tweets and over 1,200 likes.

Some of the comments have been highlighted below by YEN.com.gh;

Ei Ghana paaa… You give the students one or more projects and a 3hoo defense to complete before they leave school and you also tell them to leave because a letter has been sent to the student for that he leaves school, on a specific date wei Paa nti 3b3 y3 yie ni ??? Oh

They say go home, why you still on campus, when you still make them sleep outside

They should be home now. What’s stopping them??? They just have to obey simple instructions.

Meanwhile, YEN.com.gh earlier reported that more than 500 nursing students from Ntotroso College of Nursing in Ntotroso in the northern Asutifi district of Ahafo region were forced to sleep outside after the angry headmaster closed the dormitories at the school after the students failed to sign a good behavior pledge.

In early March 2019, nursing students were told to go home following their threats to embark on a protest against the school principal for his leadership style.

Lady bursts into ‘tears’ after realizing how handsome her boyfriend is, video sparks reactions

According to reports from MyNewsGh.com, the incident which occurred on Monday, March 18, 2019 resulted from a complaint filed by the student with the authorities regarding certain fees and levies they had to pay.

New Feature: Check the news that are featured for you ➡️ find the “Recommended for you” block on the homepage and enjoy!