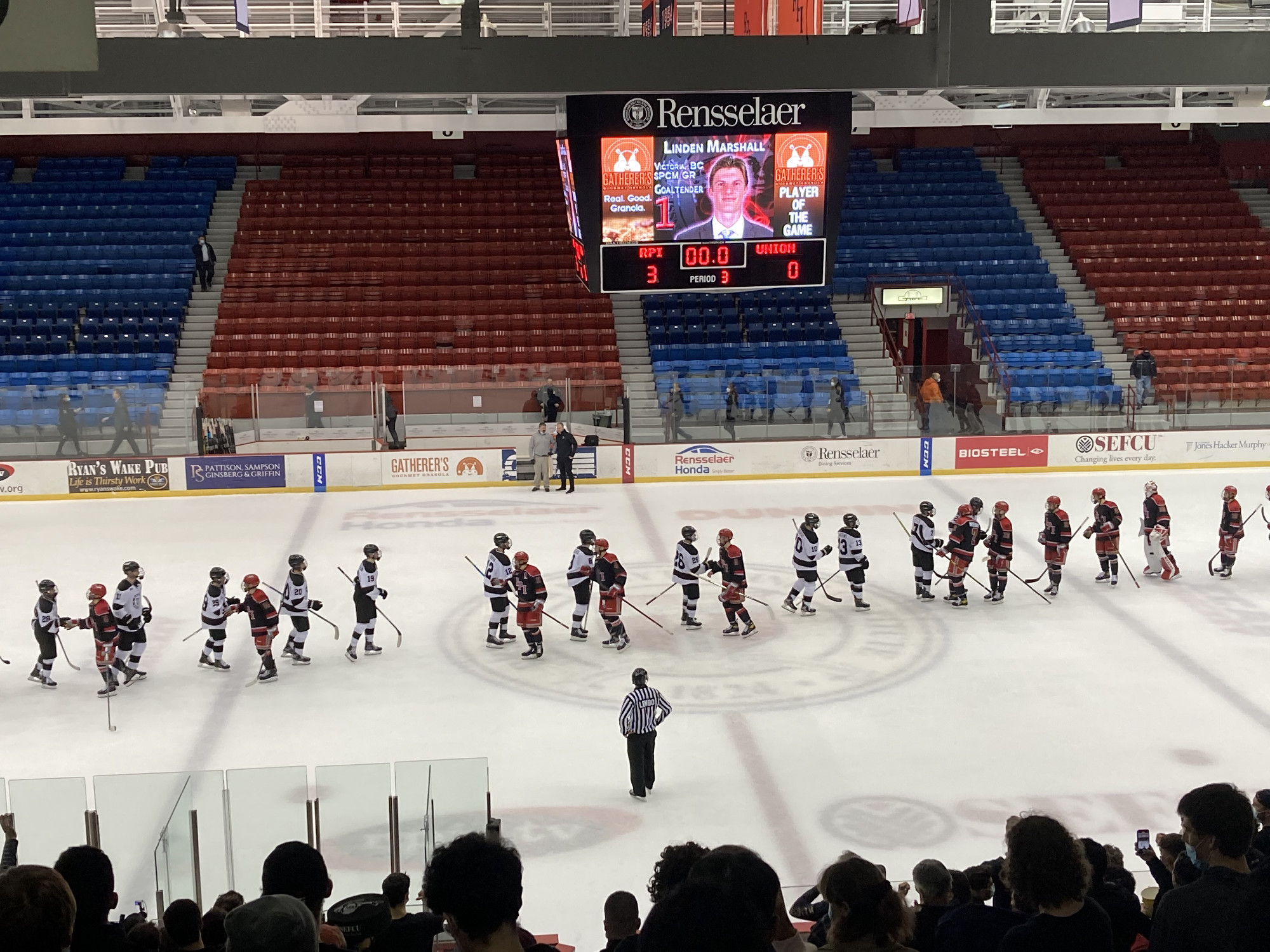 The Engineers made life easier for Marshall, limiting the Dutch to 15 shots on goal in a 3-0 ECAC hockey win over the Dutch in front of a small but noisy crowd of 693 fans.

The win gave the Engineers (2-0 ECACH, 6 points; 4-2-1 overall) a weekend series sweep. RPI beat Union 4-2 on Friday at Messa Rink. The Engineers keep the Capital Skates Trophy, emblematic of the ECACH series in two games between the two schools. They will meet again at the Mayor’s Cup, a non-championship competition, on January 29 in Albany.

â€œWinning is tough,â€ said RPI head coach Dave Smith. â€œTonight was a tough game. I thought we had stayed true to our mission, played out our identity from start to finish. I thought Union had pushed, but I thought we had reacted very well.

The 15 shots were Union’s second lowest total this season. This is the fourth time the Dutch have been held to less than 20 shots on goal in a game.

“We have to create corridors,” said Union second-year forward Liam Robertson. â€œThey block shots incredibly well. We just have to make room for ourselves and reach for the puck at the net and bring the bodies to the net.

Both teams struggled offensively in Saturday’s opening period, combining five shots on goal. RPI had four of those hits.

Although he didn’t see much action, Marshall remained focused for those first 20 minutes.

â€œIt can certainly be tricky when there isn’t a lot of action on your side,â€ said Marshall, who received his second career shutout. â€œI thought the game was still a bit back-and-forth, so I still felt like I was there, even though I only had one shot. It’s a little tricky sometimes, but I felt I was in the right space for it.

Union offensive opportunities were rare. The Dutch had two good chances in the second half. First, first-year forward Andrew Seaman had an open net with 12:40 to go. His failed shot.

With 10:31 to go and on a Dutch power play, Robertson was coming down the lunge when he unleashed a wrist shot. Marshall put his glove on.

â€œI think RPI played a great defensive game,â€ said Union head coach Rick Bennett. â€œVery extremely structured. We were just trying to make our way through it, I thought sometimes, in the second, we made it. We haven’t capitalized on it. It was a key for us not to be able to put it in place.

RPI scored their first goal in the second when graduate student striker Shane Sellar received a pass from Jakub Lacka and fired a low lunge shot past goaltender Connor Murphy, who lost his stick behind the net, with 8:13 to do.

â€œOur ‘D’ did a great job pinching the wall, and ‘Lax’ made a great play finding me in the slot,â€ Sellar said. â€œI know we’re always talking about having pucks at the net, and rebounds happen. “

Murphy was upset that he had lost his staff.

â€œI was trying to get a puck with my tackle on the side, and two guys came out skating and snatched it out of my hands,â€ said the Hudson Falls junior. â€œHe was stuck behind the net the entire shift. “

Junior forward Zach Dubinsky made it 2-0 with 11:41 left in the third period. He was positioned in front of Murphy when he rebounded a shot from the right point from Jack Agnew.

â€œWe were pushing the gas at this point in the game,â€ Dubinsky said. “… I was lucky to have this.”

Ture Linden sealed it with a goal in an empty net with 48 seconds left.

More from The Daily Gazette:

Woman forced to undergo “purification” for marrying a Dalit

‘Are you Yogi Adityanath or Bulldozer Nath?’, Bhupesh Baghel at the Pratigya Congress gathering