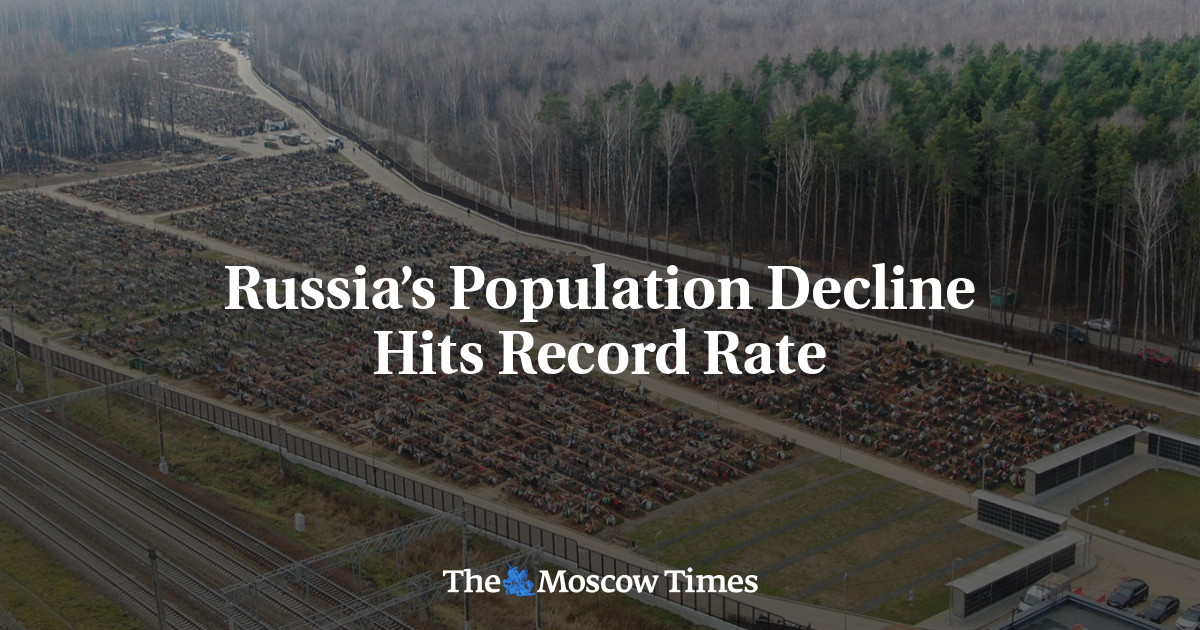 Russia’s population shrank by a record average of 86,000 people per month between January and May, state statistics agency Rosstat said.

The decline surpasses the previous record contraction of 57,000 people per month in 2002, when Russia’s population fell to 145.3 million from nearly 146 million the previous year.

Russia’s population has fallen to 145.1 million after a drop of 430,000 people, according to Rosstat’s latest population report.

Russia’s rate of population decline has nearly doubled since 2021 and nearly tripled since 2020, according to the Moscow Times. russian department.

Russia’s population has been in near-constant decline for decades, and the coronavirus pandemic has caused the country’s largest natural population decline since the end of the Soviet Union in 2021.

Data from Rosstat showed that Russia’s natural population – a figure that counts registered deaths and births, excluding the effects of migration – fell by 355,000 between January and May 2022.

Despite Russia’s invasion of Ukraine which, according to recent outside estimates, resulted in the death of almost 40,000 Russian soldiers, data from Rosstat showed a drop of 36,100 deaths compared to January-May 2021 and a total of 878,300 in January-May 2022.