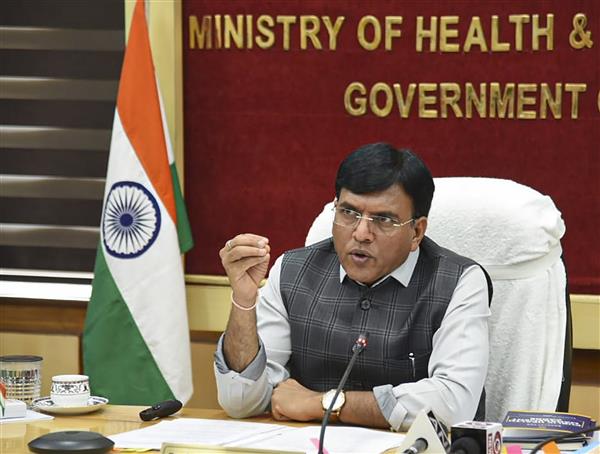 Union Health and Family Welfare Minister Mansukh Mandaviya on Sunday visited the PGIMER Sangrur satellite center to review its progress and said it would be operational by January next year.

Expressing satisfaction with the pace of execution of the project, the Minister said, “At the rate at which the works are being executed, including the procurement of medical devices and equipment, the Satellite Center will be fully functional by January 2023. and will provide enormous relief not only for the local population, but also for those who live far away.”

Updating on the success of the “free precautionary vaccination campaign” launched by the Prime Minister on July 15 for 75 days to mark Azadi ka Amrit Mahotsav, the Union Minister said: “Already more than 13 million people have taken advantage of this facility by getting vaccinated under this initiative in one month and three days till date.”

He urged the people of Punjab and the country in general, especially the vulnerable population, to get vaccinated within the remaining 75 days and equip themselves to deal with the COVID crisis.

Praising healthcare workers for their commendable role in containing the COVID crisis, the minister said, “Our country has been appreciated around the world for two things; for the management of Covid by adhering to the guidelines and for the vaccination campaign by crossing the bar of more than 200 crore doses.” Endorsing the need for “affordable health for all”, the minister shared the initiatives taken by the government to promote generic medicines which includes more than 8,500 Jan Aushadhi Kendras across the country which are visited daily by more than 20 lakh people in the country, awareness campaign by engaging with National Medical Council and launching app “Jan Aushadhi Sugam” to sensitize people about salt in medicine to enable them to make a thoughtful choice between generic medicine and brand name medicine.

He also shared that a Jan Aushadhi Kendra will also be opened at the Satellite Center in Sangrur.

A detailed presentation was made before the Minister in which he was informed that the satellite centre, comprising a 300 bed hospital, was being considered with the aim of reducing overcrowding in the PGIMER in Chandigarh and reducing travel time for patients .

Vivek Lal said the Satellite Center project, spread over 25 acres, will cost Rs 449 crore. Phase 1 has already been executed with the construction of the temporary OPD, guest house and enclosure wall and Phase II of the execution is accelerated.

Lal said that with a functional temporary OPD since October 2016 at the Satellite Center, 2,78,416 patients have already been examined so far.

Later, the Minister visited the temporary OPD where he interacted with doctors, paramedics and patients and inquired about the facilities provided there for patients.