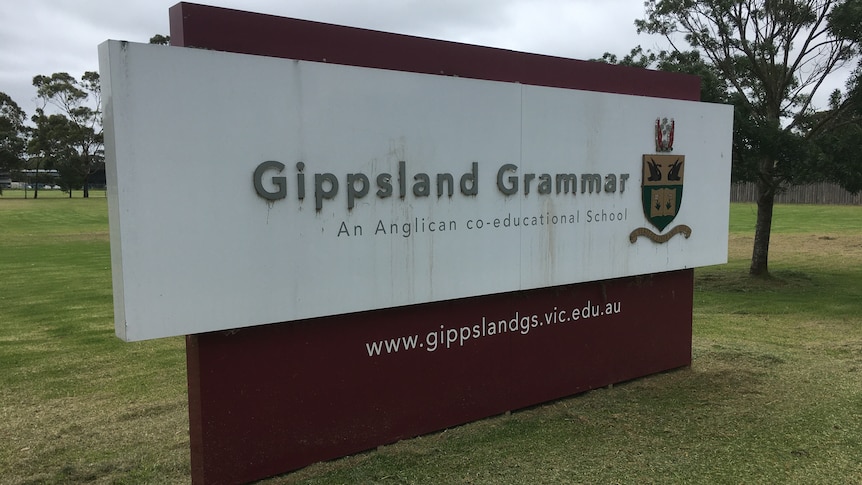 Survivors of historic abuse at an Anglican school in Gippsland have been left disappointed after learning of a wide disparity in compensation payments.

A former student was compensated over $1 million after he was abused at Gippsland Grammar in 1990, while others received only a fraction of it.

Damien Rothstein was a boarder at Gippsland Grammar for two years between 1989 and 1990.

At the end of last year, he settled more than $1 million out of court.

“For all the hardships I’ve had in my life, because of the abuse, it didn’t seem like the compensation was appropriate,” Mr Menke said.

Family and Social Services Minister Anne Ruston said the scheme had been improved and was an important way for survivors to get compensation without going to court.

But both men said communication with the school was difficult and were asked to keep their stories quiet.

“Part of the settlement was initially that it would only be settled if I signed an NDA, or a non-disclosure agreement, and I wouldn’t talk about anything to do with the case,” Mr. Rothstein said.

“It would have been great to be treated like humans, like people. For that to have happened.

“Most of the time I knew they knew it happened, but they didn’t necessarily believe the details.”

The men said the school had offered to set up a scholarship in their name or offer them reduced fees for their children.

“Here I am, being abused at school, and they’re asking me if I’d like to send my kids there. I definitely wouldn’t send them there,” Mr Menke said.

Both men said the abuse had had a significant impact on their lives.

“It impacted who I trusted and how I trusted, how deep I would share and how open I would have,” Mr. Rothstein said.

“I was getting into a cycle where I didn’t have those connections to people and you were starting to feel ashamed that it was something you did. I put up with it for a really long time.”

In the case of the Maxwell Hickey abuse, Gippsland Grammar and the Anglican Archbishop of the Diocese of Sale apologized privately and offered compensation, but did not apologize publicly.

“They have their brand that they want to protect, but that’s irrelevant, I think,” Mr. Menke said.

“Many lives have been ruined by this. And one life is one life too many.

Laird Macdonald acted on Mr Rothstein’s behalf and said the school was trying to minimize costs.

“Gippsland Grammar has a shameful history of abuse within their institution. And they have a shameful, more recent history of trying to silence survivors of abuse.”

The school has had to deal with three other former staff members who abused students at the school.

In 2014, English teacher Gregory Thomas Gorton, then 30, was convicted of sexually assaulting a 15-year-old student.

In 2019, former teacher Phillip Douglas Hazeldine received a full suspended prison sentence for sexually abusing a boy on a week-long school excursion in the 1980s.

In 2020, former guardian Tristan Van der Watt was sentenced to three years in prison with a period without parole of 20 months after pleading guilty to two counts of sexual penetration of a child under the age of 16.

“As a school, we are committed to addressing the behavioral, structural and systemic issues that allowed abuse to occur before,” Principal Leisa Harper said.

Gippsland Grammar said it recently conducted a review of its practices and “how the board governs”, and updated its policies, practices and training.

He also said there would be another review this year in preparation for upcoming changes to child safety standards.

“The board and I recognize and are ashamed that people formerly affiliated with the school committed such abuses,” Ms Harper said.

“These individuals betray the trust placed in them by the school, its students and their parents, and other current and former staff.”

Meanwhile, there is a request in the Supreme Court to overturn the settlement deed for another of Max Hickey’s survivors.

If successful, it paves the way for a much larger payout and will renew the focus on compensation awarded through the National Redress Scheme.