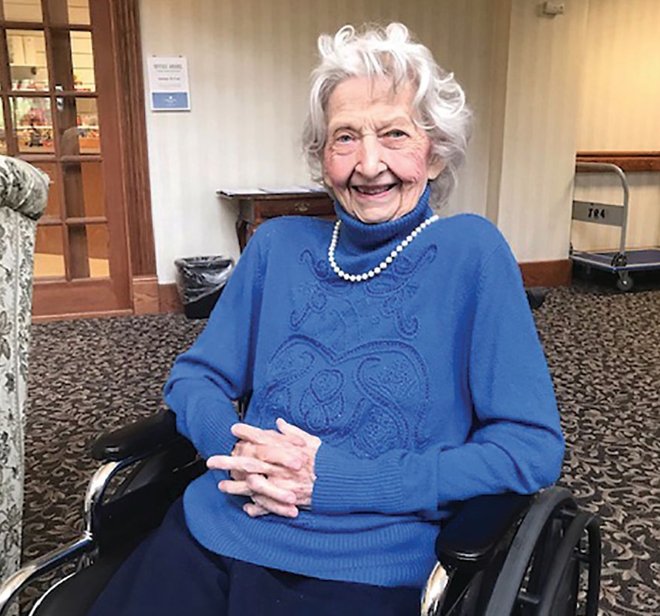 What I want the folks at the Wisconsin Department of Health Services to know is that I support them. I still am.

At the end of October, my 97-year-old mother, Elaine Benz, was kicked out of the New Berlin, Wis., aged care facility where she had lived for a decade. It happened overnight, in apparent violation of state law. The Regency, owned by ProHealth Care Inc. of Waukesha, had decided she had become too much work.

I contacted various officials within DHS, both in the Quality Assurance Division and in the Wisconsin Council on Aging. All were helpful, professional and kind. They claimed that the state administrative code requires establishments in the Regency category of license to give at least 30 days notice before proceeding with an involuntary discharge, and even then only in certain circumstances. Federal Law establishes similar rules for retirement homes, which fall under a different category.

But, as I learned from national experts in the search for a article on the evictions of elderly people from nursing homes and other long-term care establishments which appears in the new issue of The progressivethese laws are systematically ignored.

“It’s rare for a resident to get 30 days’ notice,” said Tony Chicotel, a staff attorney at California champions nursing home reform, said. In effect, this involves informing residents of their right to appeal, which facilities do not want, as residents who appeal usually win.

In our case, we were told on October 28 that Elaine would not be allowed to return to the Regency after a stay in a physical rehabilitation center which was due to end the following day. She was stuck at the rehab center there for 19 days, during which time the facility was locked down by COVID-19, until we managed to find her a new place to live.

I filed a grievance with the state, arguing that the reasons given for this expulsion were manifestly false. The state investigated, and in mid-November a division supervisor assured me that there would “absolutely” be state enforcement action.

“In this case, they will be notified that a violation has occurred,” I was told . “They will be fined.” It was supposed to happen in mid-December.

As of this writing, no enforcement action has been announced. I filed open records requests trying to obtain the report prepared by a division inspector who made an unannounced visit to the site, as well as any communication between the state and the Regency or ProHealth Care Inc. regarding this case. I would like to know if the Regency or its owner tries to block the action of the State.

No records have yet been provided; I hired a lawyer to help them clear them.

It happens all the time

What happened to my mother, I learned, happens to old people all the time in this country.

On November 18, the day after our mother moved to a new residence, the The Office of the Inspector General of the United States Department of Health and Human Services issued a 40 page report on “establishment-initiated releases”. He noted that this has been the most frequent complaint received by the federal government for years. Long-Term Care Ombudsman Programwhich works to solve the problems of people living in these settlements.

According to the report, “Police found a resident on the street after a nursing home sent him away to an unlicensed boarding house without notifying his family.” A frontline lawyer with the Michigan Elder Justice Initiative told me his group had seen cases in which elderly residents were allowed to be sent back to a homeless shelter and a house that had burned down. Often, residents are prohibited from to come back after being sent out of the institution for medical reasons, as happened with my mother.

But state and federal laws requiring notice and imposing certain rules on such releases have been allowed to atrophy into uselessness, because they are so seldom applied. And even when they are, the penalties are so minimal that some vendors are willing to accept them as a cost of doing business.

Above all, I want Wisconsin to oppose this trend and impose severe consequences on vendors who break the law. I think that’s also what the people who work for these agencies want — to take effective measures to protect the most vulnerable among us.

What happened to my mother shouldn’t happen to anyone

My mother, who turns 98 on February 16, deserved better than to be kicked out of her home under false pretences by a supplier to whom she and her late husband paid $321,000 over the past ten years. (Her savings are now nearly depleted, which may be one of the reasons she’s become a less desirable resident.)

As for the DHS folks, my heart goes out to them. Yes, I feel guilty asking people there to do more during this terrible time as they face a deadly pandemic. It may not be fair to expect more from these agencies – and yet I do. What happened to my mother shouldn’t happen to anyone.

In addition to searching for records regarding my mother’s case, I tried for months to get information from DHS on how often its Quality Assurance Division has taken enforcement action against providers who violate state rules on discharges. I was told that this is information that is tracked, but I could not get it.

The Quality Assurance Division manages a Supplier search database on actions involving nursing homes and other long-term care facilities, but its functionality is minimal. There is no way to search by offense category or get other aggregated information. You must enter the name of an individual supplier for each search. In this case, the database misspelled the provider’s name as Pro Health instead of ProHealth. If you don’t use this misspelling, nothing is displayed. It’s a system that needs improvement — which the people who work there would certainly like.

Get morning headlines delivered to your inbox

I think the regulators within DHS are doing their best given the constraints within which they operate. The problem seems to be these constraints. Despite the clarity of the violation, they were unable to prevent my mother’s deportation and probably do not have an effective deterrent effect in other cases.

This must change. If funding or personnel is the problem, a state with a projected surplus of $3.8 billion can afford to do better. It should do better.

And so I’m sorry if my decision to share my family’s unsatisfactory experience with state regulators causes them any discomfort or embarrassment. But I hope it translates into a commitment to make the changes needed to protect people like my mother. For my part, I will encourage them.

Bill Luders the article “I want to go home” is on The Progressive magazine’s website at progressive.org/magazine/evictingelderly-lueders and in downloadable PDF on https://progressive.org/evicting.)