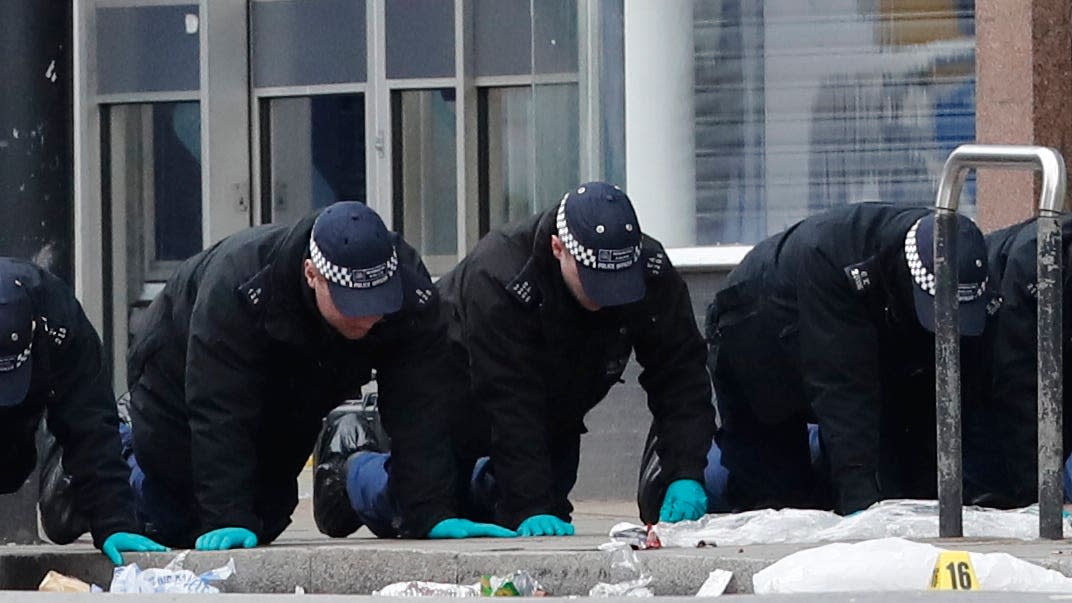 Streatham operation “could not have been more effective”, survey says

The police undercover operation that resulted in the death of terrorist Sudesh Amman in broad daylight after engaging in a one-minute knife rampage “could not have been more effective,” said declared a senior officer.

The Strategic Firearms Commander (SFC), a superintendent responsible for firearms strategy on the day Amman, 20, struck, said the tactics used at the time were the right course of action.

It also emerged that the operation’s tactical firearms (TFC) commander was not informed that Amman had left his probation hostel and was spotted with a white JD gym bag slung over his chest. , about half an hour before it hits.

The bag was used to conceal a fake suicide belt, made from items he bought in Poundland two days earlier.

Amman was under armed 24-hour surveillance when he stole a kitchen knife from a store in Streatham High Road, south London, and began stabbing random members of the public shortly before 2 p.m. on Sunday 2 February 2020.

The SFC, known only as BX88 to protect its identity, defended police actions during the Amman investigation on Monday.

He said: “In an armed operation one person lost his life and others were injured.

“I have thought about it a lot and I have to say that I have reviewed this in my head from a personal point of view, I do not see how we could have achieved a more effective result with the circumstances presented to us.

“I know it sounds hard because Amman lost his life.

“We were responding to his actions, and his actions were trying to kill people. “

It comes after the senior officer investigating Amman at the time denied suggestions by his family’s lawyer that the undercover operation was a “massive failure.”

It further emerged on Monday that the TFC, known only as DS51, had not been made aware of Poundland’s purchases, nor informed that Amman had left his hostel or demonstrated a anti-surveillance behavior.

Jonathan Hough QC, lawyer for the investigation, said the day’s logs showed that an officer attempted to contact DS51 within minutes of leaving Amman from her hostel, but they were unable to reach her and therefore left a voicemail message.

DS51 said she was probably speaking to officers during a second unrelated operation at the time, adding: “I never had a missed call or voicemail.”

She said she would have liked “a little more context” on the gym bag around Amman’s torso, but said it was “not unusual” to see young people in London carrying the gym bag. this way in London.

DS51 said she would have questioned surveillance officers about Amman’s presentation had she known he walked into a store known to sell knives and was “totally in disbelief” when she found out. that Amman was killed after attacking members of the public.

She said: “I was not aware when he left the approved premises.

“I was shocked that he stabbed members of the public and then was shot by police.”

The investigation had previously learned how Amman was considered “one of the most dangerous people” that police and MI5 teams had investigated, and that police feared an attack would occur “when, not if. »During discussions two weeks before his release.

He was automatically released from Belmarsh prison on January 23, halfway through a 40-month sentence for obtaining and disseminating terrorist material.

This despite police calls for the governor to detain Amman longer after intelligence suggested he maintained an extremist mindset, that he wanted to carry out a knife attack in the future and that he had loaned out allegiance to the head of the so-called Islamic State.

Amman, originally from Coventry and of Sri Lankan descent, but who was previously from Harrow in north-west London, spent his short spell after being released from custody living in a bail house in Streatham, during which undercover police teams were watching him commented on his “disturbing” behavior.

The investigation is continuing.