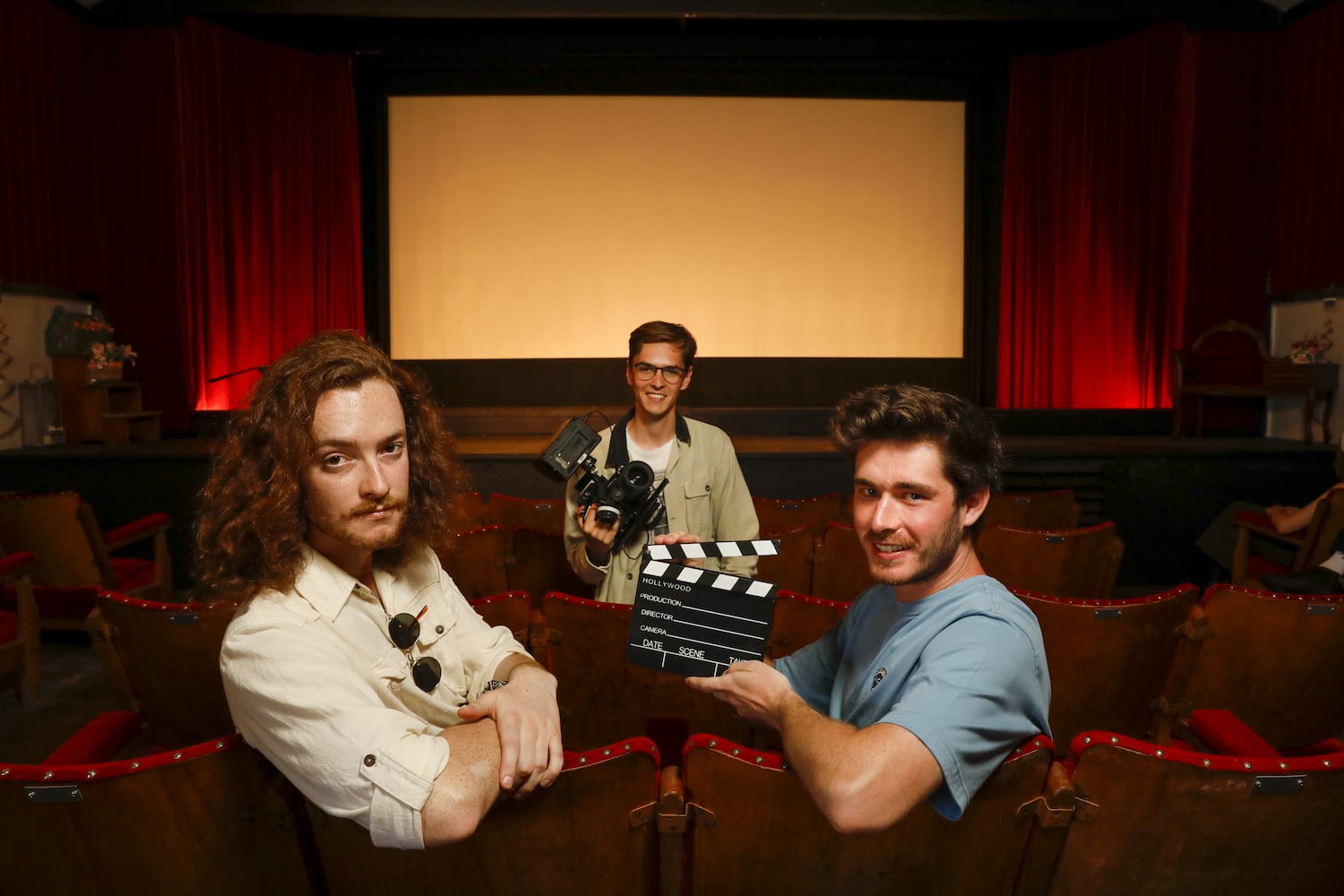 Students pursue their dreams by making a film

Thomas Kelly, Lachlan Mayfield and Lachie Pasfield all share the same dream: one day they want to work in the film or television industry.

The trio met when they started studying at Newcastle University a few years ago and developed a “pretty special bond”.

Fast forward to now and they are working on a movie together.

Called The Savvy Bedlam Pension it follows the lives of people living in a dilapidated house.

“We follow a struggling writer named George who is down on his luck, out of ideas and out of money,” Thomas said.

“He finds a cheap residence in this artistic boarding house named Savvy Bedlam Boarding House where he meets his roommate Lou who couldn’t be more different from him.

“They then clash, which is where all the drama and comedy in the story comes from.”

George is forced to coexist with his new roommate as he searches for inspiration and money to pay the rent.

While Lachie, Tom, and Lachlan wrote the short, they are just three of seven students working on the project.

Through their production company, Ten Coat Productions, the trio – alongside Cameron Utiger, Kate Grant, Cassey Thomson, Jack Crawley and Gabby Howlett – are making the film as part of their communications bachelor’s degree.

Lachie says they’ve been working on the script for about 10 months and have cast all the lead roles.

“A lot of the hard work is done now so we can just have fun and film stuff and see it all come to life,” he said.

It will take them around two months to film – they expect it to be submitted in June this year.

Currently they are scouting for locations and fundraising to help fund the project.

“We try to fundraise through friends and family and anyone in the creative industries who wants to help out and be a part of it,” Lachie said.

“We have a website and anyone can go ahead and donate through there if they want to help out and get their name in the credits.

“Help us make this a reality.”

They hope the finished product will serve as a pilot episode for an extended series.

Once they graduate, the team will take it a step further and submit it to distributors and broadcasters to see if they can make it into a longer series.

It will be a lot of work, but it’s something Lachie, Lachlan and Thomas are more than willing to do.

“It’s a bit of a passion project, I think the three of us, maybe a month or two ago, made a blood pact to say hey this is the next 18 months of our lives,” said Thomas.

“We’re just going to do it all and see where it takes us.”

As for how they all got into movies, Lachlan says their stories are all pretty similar — they started making movies when they were kids.

“I started making little stop motion movies with my army men in the backyard when I was about eight and it went from there,” he said.

“I then started doing stuff with some school friends and really enjoyed making movies and the whole process behind it.

He adds that they all enjoy telling stories and helping people escape from reality.

Newcastle Weekly I’d love to hear from you about a story idea you have in the Hunter region. Click here to submit a topical tip.