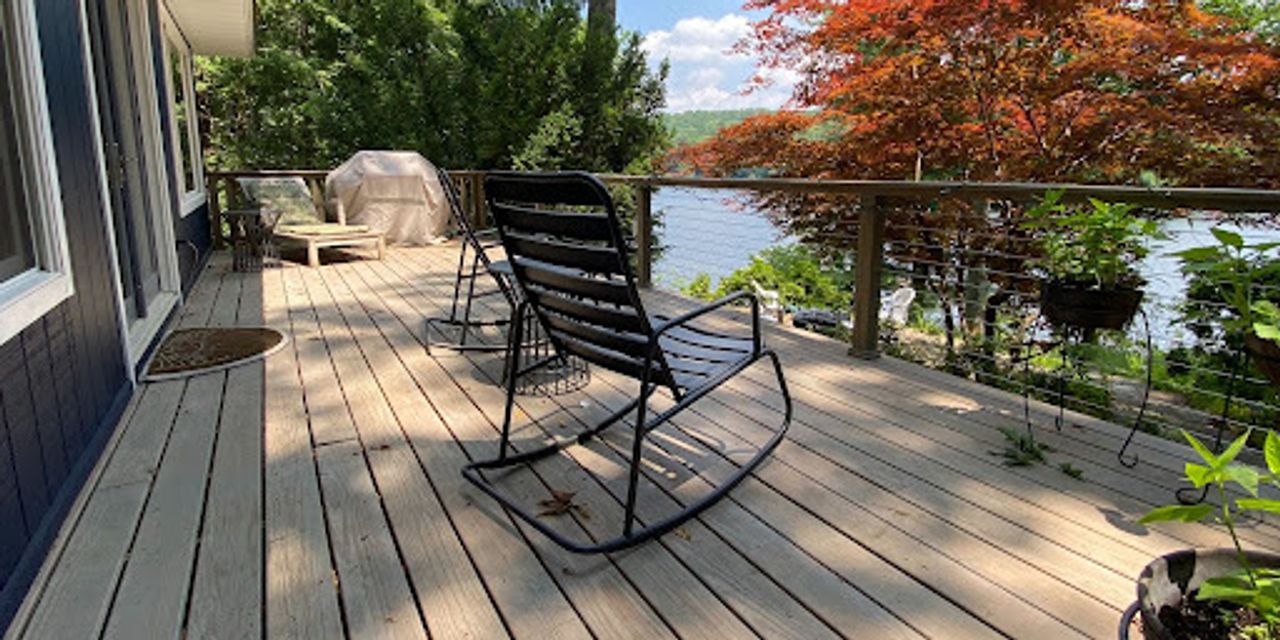 This article is reproduced with permission from The escape house, a newsletter for second homes and those who want it. Subscribe here. © 2022. All rights reserved.

When my wife and I returned to Manhattan in 2009, having left the empty nest where we had raised our children in the leafy suburbs, we decided to try to recreate our pre-kid rhythm: an apartment in the Upper West Side and an upstate weekend home. New York.

It took time – we visited 117 homes in the Hudson Valley, but that’s another story – but 13 summers ago we found what seemed like a perfect place for us: on a small quiet lake, just over an hour from town. On one side we had a wooded lot, then a barely visible house belonging to a rarely visible older couple. On the other side, much closer, was a small house with chipped red paint, but we were told it belonged to an elderly widow “who hardly ever goes up to the lake”.

It was true. The elderly widow spent a grand total of two nights at the house during our first years on the lake. Both times – both overnight trips – we went to say hello. She said we could park cars in her (much larger) driveway when we had parties. We sometimes sent her pictures of her plantings as they bloomed, and usually kept an eye on the place for her. When lightning struck both of our homes, our handyman went to turn off the power, and we told him to call the utility company. We even had it for Thanksgiving in town one year.

When the nephew of the widow who looked after the house told us that she was moving back to her native Germany and that no member of her family wanted the house, we were disappointed. We liked having an empty house next to us, even if it became a bit of an eyesore. Besides needing a paint job, the roof of the house was covered in thick moss. Sometimes when the breeze blew towards us, we could pick up traces of mold or mildew. The stone walkways were cracked and dangerous. The bridge was falling.

What mattered to us was the likelihood that someone would buy it, probably someone with loud kids, cars and pets, and almost surely knock it over. We would suddenly have neighbors above us, and a teardown would probably mean at least a year of construction. Noise, sawing, pounding, heavy vehicles, people shouting. Fortunately, we had gotten used to not having immediate neighbours.

Then the widow’s nephew came to see us. “Before I put it on the market,” he said, “are you interested?”

No, we weren’t. We didn’t want or need another house, especially one that needed tons of work. We liked having free parking and no neighbors.

But then we thought about it. If we bought the place, there would be no dismantling next door. There would be no kids and a barking dog and SUVs right above us. And it would be nice for us to have more space.

Our kids in their twenties often brought gangs of friends to the lakeside, and we loved it, even if it sometimes meant not knowing if there were four of us, six or 11 for dinner on weekends. summer, until I turn on the grill. Their friends would often put on hammocks or throw sleeping bags on the floor for impromptu sleepovers. Maybe if we had a small guest house next door our children would come more often – and maybe we wouldn’t have to clean when they wanted to take over our house for a weekend with a group of friends.

or VRBO would give us the option to save weekends and holidays when they could come with friends.

We had never seen ourselves as owners. We didn’t like the idea of ​​renting to strangers. Too much hassle, too much paperwork.

We decided to try something crazy: a friends and family only guesthouse. No rent, no lease, no deposit. No advertising, no announcements, no marketing. If we could break even in running costs – taxes, utilities, maintenance, etc. – maybe we could afford to keep the place. In theory, our guests – all friends and family (except our children and other close relatives, of course) – would make contributions.

So we bought the place – it was spring 2019, three years ago – and let our kids and their friends use it for a summer in its run down condition, with the bridge blocked off so no one would fall off. Then we spent most of 2020 renovating.

Our handyman and his helper knocked down the interior walls and opened up the place to have a large kitchen-dining-closet space, as well as two bedrooms. They replaced the three (!) toilets, built a new deck, removed the mold and painted inside and out. We had the stone walkways repaired and worked with a team of gardeners to clear brush and improve the long neglected garden. Everyone but me contributed design and decoration suggestions.

The place turned out to be a really attractive and appealing getaway, and just over an hour from the Upper West Side.

Last year, via word of mouth and an email list of dozens of likely suspects, we started telling friends and co-workers about it, and promised that we’d be happy with much lower contributions. at the typical range of $250-$400 per night for a cool two-bedroom cottage or cottage on a beautiful lake for swimming, fishing, sailing, and paddling. (No jet skis or gasoline engines.)

We stocked the kitchen with basic supplies and good cooking equipment, right down to the salad spinner. We bought new (or lightly used) furniture and reused some of our furniture. With our children, we decorated and furnished the place to our taste, as if we lived there, down to the record player and the right choice of vinyl records.

And I have to say, a few years after that crazy experiment, it kind of works. We are hardly overflowing with guests, but we are moving in the right direction. We’re not breaking even yet, but we’re getting there. And with some explanation, our guests seem to appreciate that it’s not an Airbnb; it’s our home, and we want them to use it that way.

“I’m a terrible homeowner, and an even worse handyman,” I tell each guest. “If you have a complaint, if you need something fixed, go home and I’ll refund you.”

So far this has not happened. Indeed, we note that we already receive regular guests. They restock olive oil or paper towels. They leave books and alcohol and buy records to donate to our collection. They leave anecdotes and ironic observations in our house diary (it’s not a guest book or a thank you book).

Some of our clients are old friends looking to get away from the city. Some are friends or relatives of lake neighbors whom we trust. Some are former graduate students of mine in their 20s and 30s who live in the big city and can’t afford a woodsy lakeside getaway.

A few guests brought their remote work with them, and turned off their computers at five o’clock to go jump in the lake. Some guests have used the place as a writing retreat. One streamed virtual concerts from the rebuilt bridge. We sometimes have happy hour or dinner with the guests we know best. Some tell me they see the place as their country home until they can afford their own.

“I’m a millennial,” one told me. “I will never be able to buy anything.” She said we would see her a lot for a long time. Very well with us. That’s exactly the kind of guest we want.

When the basement flooded from a burst pipe on a summer Saturday night, the guy staying there came down and turned the water off and yelled at us to come. He and his wife were very patient with the plumbing crew for most of the next day.

When it comes to rates, I often tell people what others have contributed, and no one has ever tried to negotiate it. I frequently invite them to make an offer. Sometimes it’s more than we ask for, and we say, “Thank you, it’s working for us.” Once in a while, someone underestimates him; When a guy suggested $400 for a week’s school vacation, I replied that most people would pay $1,200, and he wired the money within minutes.

By the way, the idea that we don’t officially charge rent and people make voluntary contributions is not tax evasion. Whatever we call it, says our accountant, for tax purposes, Uncle Sam calls it rental income.

We’re not breaking even – yet. But I am encouraged. Perhaps the biggest relief is that I may not be as terrible an owner as I imagined. I follow the calendar to know who is arriving and leaving when, and to bring our whirlwind cleaner between guests.

One of the few people we haven’t at least met before is the guest who’s next door right now – an English grandmother here to hang out with friends who live a mile down the lake : her son, daughter-in-law and sweet 2-year-old granddaughter.

“I’m a lame owner and an even worse repairman,” I told her when she arrived. “If you need anything, please don’t hesitate, anytime… to call your son.”

This article is reproduced with permission from The escape house, a newsletter for second homes and those who want it. Subscribe here. © 2022. All rights reserved.

Police are asking for help in locating a missing boy in Burlington City, NJ