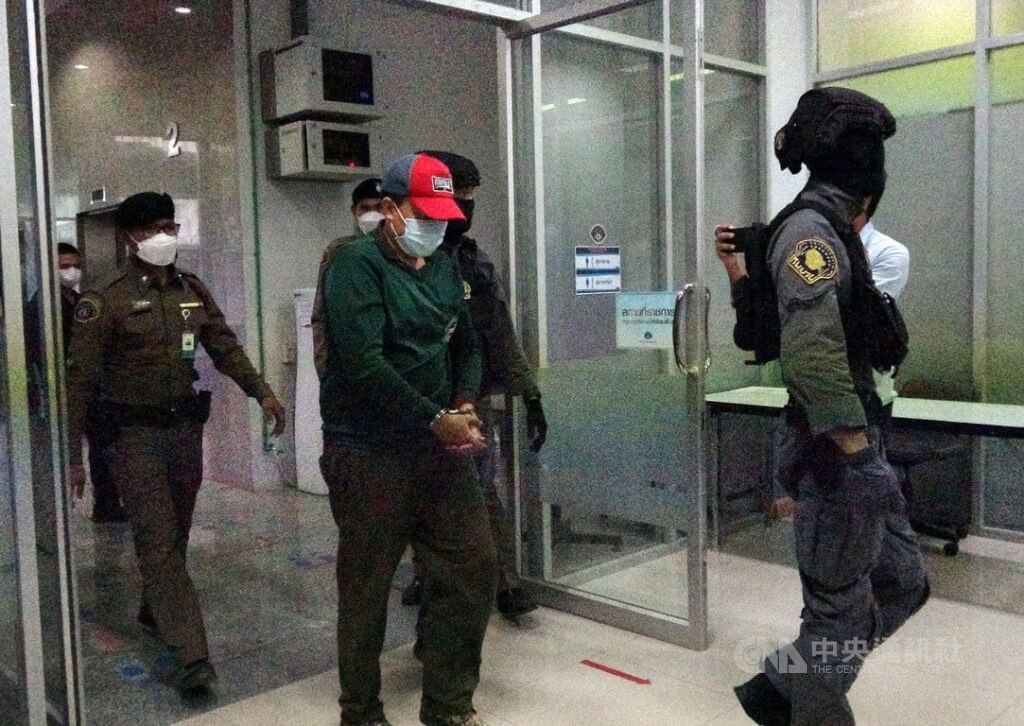 Taoyuan, Sep 9 (CNA) Three suspects were charged by prosecutors on Friday in the alleged murder of a Thai couple surnamed Lee (李) whose bodies were found in a car trunk in Taoyuan in early June.

The three individuals, including prime suspect Wang Ta-hsien (王大賢), have been charged with homicide and leaving bodies behind, according to the Taoyuan District Prosecutor’s Office.

Wang, a dual national of Taiwan and Thailand, is suspected of killing the couple who lived in New Taipei, with the help of two Thai accomplices, prosecutors said.

The three suspects immediately returned to Thailand after killing the couple on June 8, whose bodies were found in the trunk of their vehicle parked at a high-speed train station on June 10, they said.

Wang surrendered to authorities in the Southeast Asian country on June 17 and, according to a Bangkok Post report, one of the accomplices also surrendered to local police on June 21, while the another was arrested on June 19.

The two accomplices were identified in the report as Samart Sae Lee and Thanawat Poomthemthong.

The investigation was conducted jointly by the authorities of the two countries, the prosecutor’s office said.

According to Taiwan police, the victims and Wang were from Thailand’s ethnic Chinese community and knew each other before coming to Taiwan. They were also business partners, operating a migrant worker recruitment agency in Taiwan.

The three men met at a dormitory that houses migrant workers in New Taipei’s Tucheng District for a discussion on June 8, apparently over money matters, police said at the time.

On Friday, prosecutors said the two accomplices who allegedly aided Wang in the murder did not know the couple and did so only for money.

Due to the seriousness of their crime, the prosecutor’s office requested that the court impose a severe sentence on the three suspects, if they could be tried in Taiwan.

However, according to Royal Thai Police Commissioner Suwat Jangyodsuk at a press conference in Bangkok on June 17, Wang, referred to as Santi Supa-apiradeepailin in Thai media, will be tried in Thailand.

Since Thailand and Taiwan do not have a mutual legal assistance agreement in criminal matters, Santi, 35, will not be extradited to Taiwan, the Thai national police chief said.

At a separate press conference held in Taoyuan on the same day, Dustin Lee (李泱輯), head of the Criminal Investigation Bureau, said Thai authorities had in the past accepted Taiwan’s extradition requests in the case. per case.

However, Lee admitted that Thailand has jurisdiction over the case even though the murder took place in Taiwan, since the victims and suspects are Thai nationals, and because the victims’ family in Thailand had filed a report with the authorities. Thai women accusing Santi of having committed the murderer.

The two press conferences took place before the two accomplices were taken into custody.

On Friday, Taiwan’s justice ministry said it would continue to negotiate with Thai authorities to have the suspects brought back to Taiwan for trial.

A First Look and Open House for 6655 N Vista Ln