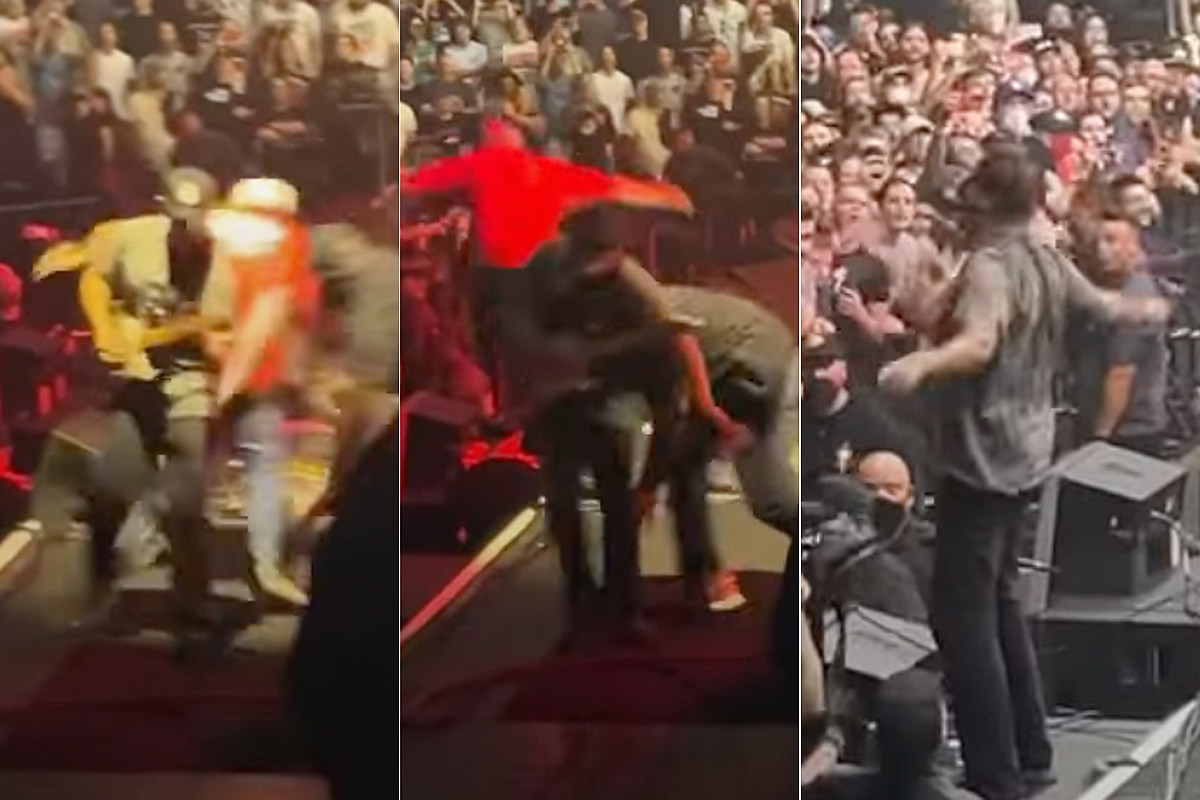 It looks like Rage Against the Machine guitarist Tom Morello can’t take a break lately. Last night – just days after All That Remains singer Phil Labonte chastised him for referring to Vladimir Lenin on his wah pedal – Morello was accidentally tackled by security while performing in Toronto .

The incident happened while the band was performing “Killing in the Name” and a fan ran across the stage, prompting security to act quickly. Unfortunately, in an attempt to catch the fan, they accidentally knocked Morello down in the process.

It took vocalist Zack de la Rocha a few seconds to notice, but once he did, he immediately shut the show down, yelling, “Wait! Hold on! Hold on!”

Fortunately, Morello bounced back moments later, waving to the excited crowd while standing on loudspeakers in front of the stage.

Naturally, he asked, “What just happened?” while de la Rocha issued a warning to anyone who might have thought of doing the same stunt: “Don’t try this shit. I am sorry. We are cool. We all love you, but don’t do this.

Then they went back to playing business as usual, so it doesn’t look like that will cast a dark cloud over what has otherwise been a triumphant live comeback – after more than a decade – for RATM.

Indeed, the band’s Public Service Announcement tour is well underway, and with support from Run the Jewels, it’s a must-see show. Before last night’s accident, the two artists even united on a cover of RTJ’s “Close Your Eyes (And Count to Fuck)”, which originally featured de la Rocha.

Get your tickets here. Additionally, you can see some fan-captured footage from the showdown below.

Tom Morello knocks down the stage by security in Toronto

Solving New York’s Affordable Housing Crisis, Even During a Pandemic