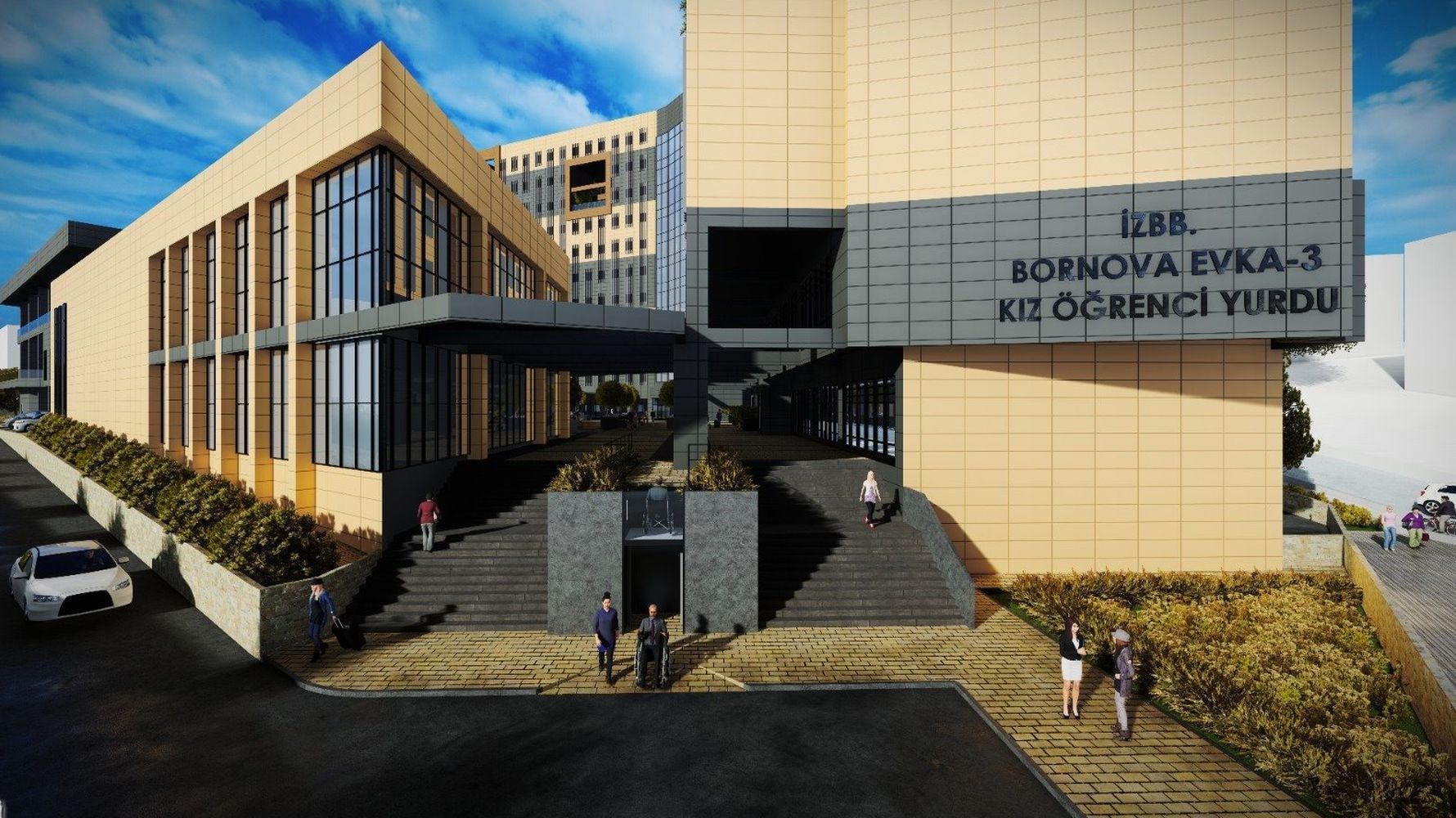 University students will not have housing problems in Izmir

The Mayor of Izmir Metropolitan Municipality, Tunç Soyer, announced the good news of the dormitory which will house a library, art workshops, a conference and a gym to solve the housing problem of university students. Affirming that housing is the most basic right, President Soyer said, “We will build a girls’ dormitory with a capacity of 3 beds in Bornova Evka-835. We envision this place as a social facility outside of the classic dormitory understanding consisting only of a dormitory and dining room.

Izmir Metropolitan Municipality Mayor Tunç Soyer has announced that he will build a new dormitory for university students facing the housing problem, after the dormitories they opened in Örnekköy and Buca this year. President Tunç Soyer said that the housing problem faced by university students who came to Izmir this academic year deeply upsets them and said, “We acted quickly and reached 440 students who had housing problems and resolved their problems. We will now establish an 835-bed capacity girls’ dormitory in Bornova. We consider this place as a social facility, outside the classic understanding of the dormitory consisting only of a dormitory and a dining room. Everyone knows today the fate of our young people, who come from abroad and have housing problems, with painful examples. We will continue to be there for our young people throughout their school career.

The girls’ dormitory, which will have 32,000 square meters of use area in Bornova Erzene district, will have a conference hall for 229 people, a library for 94 people, a cafeteria for 300 people, a cafeteria for 120 people, painting and music workshops, a 300 m² sports hall, laundry facilities, parking for 80 cars and a shelter. . The dormitory building, designed with green in mind, will have a large inner courtyard and gardens upstairs. The dorms will be for three people and there will be ten single rooms. Izmir Metropolitan Municipality will launch a tender in the coming months for the student dormitory whose application project is ready. After the completion of the bidding process, construction of the dormitory is expected to begin this year.

In addition, education aid of TL 5 for children of university students was given to 547 families in need, residing in Izmir, and TL 3 of the aid was invested.

Bel Air Megamansion ‘The One’ finally goes on sale