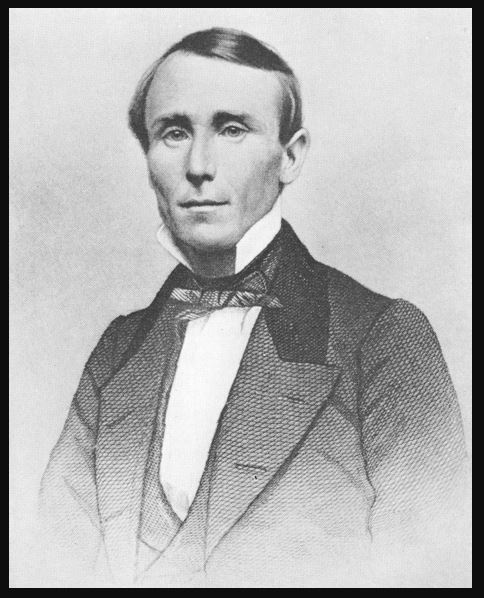 Who was the revolutionary leader William Walker? :

When you mention Nashville, Tennessee, country music stars might first come to mind as I’m sure you don’t primarily think of an American filibuster, Nicaraguan president, or some important figure. of the history of Costa Rica. However, on May 8, 1824, the future self-proclaimed President of Nicaragua was born in this legendary city.

At a young age, William Walker stood out from the crowd by starting his post-secondary education at age 12 and graduating from the University of Nashville at just 14. While watching his mother suffer from illness, he decided to pursue medical studies and finish medical school at the age of 19.

With a prodigy spirit, he was able to take advantage of my talents for studying and practicing law while already being trained in medicine. His career led him to the field of the press where he did not hesitate to criticize others in this public forum. Due to his unfiltered opinions, a disagreement was transported from inside the office to realities outside, where it was resolved by a duel. He was shot twice in the battle, injuring him but providing more publicity, attention and supporters.

William Walker was a very confident man that at one point he decided to create a colony and therefore approached the Mexican government, but he was denied. However, he did not accept the response, recruiting supporters of slavery to continue his mission.

With less than 50 men, he conquered La Paz, Baja California, which by this time had a greatly reduced population, playing a part in the result. In turn, he appointed himself President of the Republic of Baja California, amending the laws to be similar to those of Louisiana, which would allow the legality of slavery. His confidence was so strong in his conquest that he even went ahead to create his own flag of the Republic of Sonora.

Unfortunately for Walker, trust and belief don’t keep you from facing a lawsuit. Facing the repercussions of his actions once again, his fate will not lead him to prison or death, in fact, he was acquitted in just eight minutes of jury deliberation.

After a brief return to the practice of law, William Walker saw a potential new opportunity and his next challenge, the lucrative potential of the Nicaraguan Trade Route. During this time, trade from the Atlantic to the Pacific crossed Lake Nicaragua. Cornelius Vanderbilt’s Accessory Transit Company was doing quite well financially with the monopoly it had on this route.

However, there was more than just trade routes developing in Nicaragua. A civil war was fought in 1854, as the Legitimists concentrated in Granada and the Democrats in Leon fought for power. With William Walker’s vested interest in the country and his well-known reputation, Democrats have asked for their support. William Walker had left for his next mission accompanied by a small group of volunteers, adding a number of American citizens and Nicaraguans when they reached their destination.

William Walker had attracted a lot of attention as well as enemies, especially with magnate Cornelius Vanderbilt whose business hinged on transportation through Nicaragua. So when William Walker decided to withdraw this privilege, a new union of forces occurred between America and part of Central America, one being that of Costa Rica.

As a neighboring country, President Juan Rafael Mora Porras was well aware of the situation and the potential effects on his country and its people, especially if William Walker had his eyes set on Costa Rica’s next overtake.

Under his leadership, William Walker’s buccaneers made their way to Costa Rica, resting in Santa Rosa after the long and exhausting journey. However, the country anticipated this, calling its country to arms as it declared war on William Walker and his supporters. On March 20, 1856, Costa Rica surrounded them while they had their guards resting at the Hacienda Santa Rosa. Taking them by surprise, the Costa Ricans were able to win this historic battle in just 14 minutes.

Costa Rica continued its success as it marched to what is known as the legendary Second Battle of Rivas, facing William Walker’s mercenaries on April 11, 1856. But the obstruction and his men had abandoned the important city de Rivas under the impression that they formed their attack from the north allowing the chance to be on the side of the Costa Rican army.

With low numbers, Costa Rica was able to enter the city by conquering Rivas, but there was no time to celebrate as it was well known that William Walker did not give up on his conquests. He returns with his men a few days later to regain control, and attacks follow.

At one point, they had gained influence in their position in a house and boarding house, affording them a wide range of views of the streets. This allowed his men to be on the offensive, easily defending themselves with area cover. But the Costa Ricans had a plan to disarm it, set the building on fire and burn them all, and force their evacuation. Several attempts were made, all of them being shot, wounded or killed.

He was a young man, who to this day is honored in Costa Rica every April 11e, Juan Santamaria, it would be the roadblock to the dictatorship of William Walker. Well aware of the consequences of his decision, he volunteered to take on this mission after confirming the care of his mother in the event of almost certain death.

The drummer boy bravely stepped towards the snipers. He was shot on the way, but he and his flame reached the house, sending the building ablaze, forcing its residents out of their shelter. Juan Santamaria would later become a national hero of Costa Rica for this act of bravery and sacrifice.

William Walker was not the type to be taken lightly to win and filled the Rivas water wells with the corpses. In turn, a cholera epidemic killed thousands of people. Costa Rica would continue to put an end to William Walker’s dreams by continuing to help his nemesis Cornelius Vanderbilt, who had originally had his privileges revoked on the San Juan River. Together they took over the boats and once again Vanderbilt regained his transit route, cutting off control from William Walker.

After several battles with his strength of men, he traveled to Grenada to gain control and this Nashville-born man ended up declaring himself leader and president of Nicaragua who was recognized in 1856 by US President Franklin Pierce. He continued his agenda by overturning the country’s anti-slavery laws and was clear with his motto and manifesto of Five or None, the Five Central American countries at the time.

The attacks on him and his exhausted men have not ceased as other Central American countries banded together to join Costa Rica. In December 1856, they stormed Granada, where he was residing, forcing him to leave the city.

It was in May 1857 that the day finally arrived when William Walker surrendered thanks to the continued efforts of Costa Rica and the Allied forces of Central America. At the end of 36 years, he will engage in the last battle which he will not survive, condemned to death by a firing squad.

Where is the political wind blowing in UP?