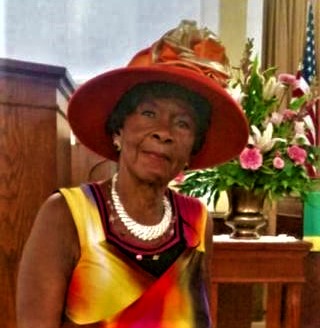 Yvonne Milliner Bowsky: a head for math, a heart for family, education and politics

The educator who transformed a former St. Thomas dormitory into Peace Corps Elementary School and later served as district schools superintendent died March 22 in Atlanta, Georgia. Governor Albert Bryan was among well-wishers praising the life of Yvonne Milliner Brown-Bowsky, her contributions to the Department of Education, business and commerce, and local politics.

Principal Bowsky, through her many contributions to the educational and political fabric of our territory, makes her a shining example of Virgin Islands excellence, Bryan said. The governor commended her for promoting high standards for Peace Corps students and their teachers.

The job of turning empty dormitories into public school classrooms became her task in 1973 when former education commissioner Harold Haizlip appointed her headmistress. After retiring from the position of Island Superintendent for the St. Thomas-St. John School District in 1994, Bowsky returned to school to mentor young students in math.

“Mathematics was his best subject,” said Bowsky’s niece, Dawn Millner. She recalled how her parents sent her to tutor when she was challenged with algebra. First instructions, followed by exercises with 10 examples each.

Dawn said when she looked at her task and the bullying crept in, it took one look at the family tutor to resign herself and begin. “She was always loving. She told us that when you have kids, don’t scold them, talk to them instead,” her niece said.

Adults preparing to graduate from high school found Bowsky direction at night. The same school she helped transform was renamed in her honor in 2006 – Yvonne Miller Bowsky Elementary School.

A knack for manipulating numbers and a commitment to the VI Democratic Party brought new opportunities in the late 1980s when then-Governor Alexander Farrelly appointed Bowsky as a special assistant, overseeing audits government agencies.

Soon after, the opportunity to lead the operations of St. Thomas-St. John District as Superintendent. She served there until her retirement in 1994. By then, Dawn said, a private sector partnership with one of her sons was in the process of starting a Smith Bay business. Yvonne went to work at Bowsky Auto Sales and Car Rentals for 26 years.

Family figured prominently in Bowsky’s life, his niece said. “She was the matriarch of our family. Gatherings were always held at her home in Vessup Bay,” Dawn said.

Everyone was encouraged to bring a dish to the family table. Also, on the menu, a pinch of good advice.

Yvonne Milliner Brown-Bowsky was 87 at the time of her death. Funeral arrangements are pending.